Such accountability for high-level government officials is inconceivable in the US, highlighting its culture of impunity 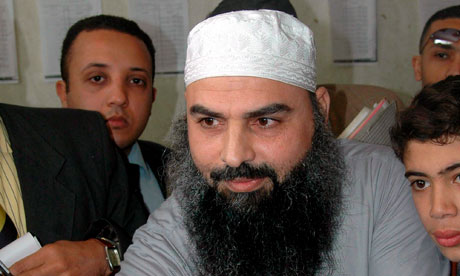 (Image by Unknown Owner)   Details   DMCA
Osama Moustafa Hassan Nasr, also known as Abu Omar, was kidnapped in 2003 by the CIA from the streets Milan and sent to Egypt. Photograph: EPA

A US State Department official on Monday "expressed concern" about what he called "a 'climate of impunity' over abuses by police and security forces" -- in Egypt. The official, Michael Posner, warned that failure to investigate Egyptian state agents responsible for "cruel treatment of those in their custody" -- including torture -- creates "a lack of meaningful accountability for these actions." Last week, I wrote that "I've become somewhat of a connoisseur of US government statements that are so drowning in obvious, glaring irony that the officials uttering them simply must have been mischievously cackling to themselves when they created them," and this American denunciation of Egypt's "climate of impunity" almost certainly goes to the top of the list.

After all, Michael Posner works for the very same administration that not only refused to prosecute or even investigate US officials who tortured, kidnapped and illegally eavesdropped, but actively shielded them all from all forms of accountability: criminal, civil or investigative. Indeed, Posner works for the very same State Department that actively impeded efforts by countries whose citizens were subjected to those abuses -- such as Spain and Germany -- to investigate them. Being lectured by the US State Department about a "culture of impunity" is like being lectured by David Cameron about supporting Arab dictators.

To see just how extreme the US "culture of impunity" is, consider the extraordinary 2003 kidnapping by the CIA of the Muslim cleric, Hassan Mustafa Osama Nasr (Abu Omar), from the streets of Milan. Nasr, who in 2001 had been granted asylum by Italy from persecution in Egypt, was abducted by the CIA and then shipped back to Egypt where he was imprisoned for four years without charges and, he says, brutally tortured by America's long-standing ally, the Mubarak regime.

Related Topic(s): Italian; Power; Whistleblowers-ing, Add Tags
Add to My Group(s)
Go To Commenting
The views expressed herein are the sole responsibility of the author and do not necessarily reflect those of this website or its editors.