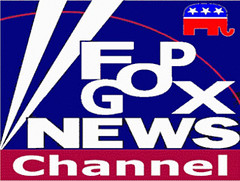 As our democracy unravels, as it surely is doing, Donald Trump and his reactionary co-conspirators should be assigned much of the blame, along with our outdated and flawed electoral system. Yet we can't ignore nor downplay the steady and alarming growth of right-wing fake news and disinformation. Because of this disturbing phenomenon we have become a nation of intense political and cultural division incapable of governing the country nor improving the lives of its citizens.

"It's the economy, stupid!" insisted Democratic political strategist James Carville in 1992, when the economy was the biggest issue of the day. The Bill Clinton campaign drove that talking point all the way into the White House. In today's polarized political landscape, that slogan needs to changed to "It's the media, stupid!"

The change in focus is significant. The political culture of this country has devolved into two angry, polar opposite sources of news, information, and opinion. The onslaught and popularity of the right-wing (ultra-conservative) news media has fueled this division and seriously damaged our political and cultural discourse.

Nearly half of America lives in what they perceive as a scary world in which conventional media is no longer trusted. Truth and honesty have been devalued and discarded among Republicans and their allies, for the sole purpose of winning elections and regaining power. Whether it's the Big Lie about election results, or dismissing the January 6 insurrection as not much more than a pep rally, right-wing media-- television, radio, internet, etc.--will report and promote anything that furthers their agenda.

Republicans, importantly one of our two major political parties, currently exist in a world partial to conspiracy theories and whatever Donald Trump has said that day. Their only apparent agenda is to win power back, even at the cost of lives (the Covid virus) and the future of our planet (climate change).

How bad is it? Consider that just last year 74 million-plus Americans, egged on by right-wing fake news and propaganda, cast their vote for a clearly incompetent, mentally unstable, serial liar to lead their country. And if circumstances were only slightly different, that deranged man might still be our commander-in-chief. These conspiracy-minded and morally bankrupt sources of news and information have transformed nearly half the country into a poorly informed, cult-like mob of angry voters.