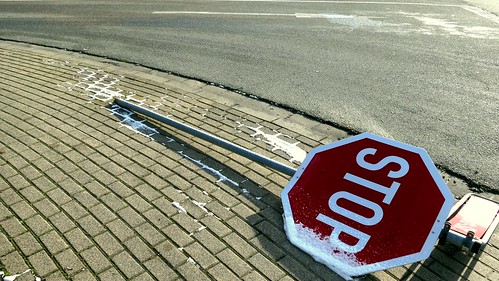 That's it. That's all he or she said. It was the entire content of a message reacting to a column I wrote on Banned Books Week. In fact, it was the only reaction I got from all of Facebook when I spent a few bucks to spread my words of wisdom on the subject.

I was surprised and disappointed at the lack of response to a column encouraging, in effect, the freedom to read as we please without interference from some "authority." I mean, this is the land of liberty, isn't it? But that's probably a topic for another column. This one's about that one-word effort to stifle the messenger. It's about why, disappointing feedback or not, I won't stop. Indeed, disappointing feedback is a primary motivator to keep spreading the message. There's simply too much at stake and it worries me that many Americans don't seem to be aware of the threat.

As God, the greater consciousness, Buddha and the cashier at Hannaford's Supermarket are my witnesses, there are some things, even with eight decades of experience, I just don't understand.

Spoiler alert: If you are a MAGA believer, there are likely to be some things in this column that might cause you emotional distress. I'd hate to cause you any discomfort, so you might want to consider not reading beyond here. Otherwise, you were warned. And to those who argue that we must try to reconcile our differences, I've pretty much given up trying to reason with true MAGAs. Using research, facts, logic and compassion has proven to be a waste of time. I'm focusing on the other Americans, millions of them, who apparently think we're just going through a tough spell. Hey, football stadiums are full again, aren't they?

Sure, and so are hospital emergency rooms. In fact, in some states they are overflowing and people with serious medical issues are having treatment delayed because of the flood of Covid patients. A second flood caused by a refusal by many to get vaccinated or to wear masks.

One of the things I don't understand is people who call themselves healthcare workers refusing to get vaccinated against COVID-19. Thousands resisted mandates to get vaccinated even though the vaccines have proven to be safe and effective. Only the threat of losing their jobs convinced many to do the responsible thing.

Another thing I don't understand is people who call themselves educators arguing against children and teachers wearing masks in school. Or parents attacking school-board members who think teachers should not have to put their lives at risk to do their jobs and students should not become an army of miniature Covid spreaders. Teachers have proven to be adaptable and the kids will only complain about the masks if their parents do. Meanwhile, there's a lot of educating to do.

Which is to say, I don't understand why people who call themselves evangelical Christians or Republicans, or both, regard education as an evil, as something to be derided, dismissed and avoided at all costs. In the land of opportunity, how does the pathway to greater opportunity become the enemy for so many people?

I do understand why some who call themselves evangelical Christians or Republicans or both routinely attack education, spread lies and misinformation and feed on the fears of the uninformed. Power and greed. Thus has it always been.

Maintaining the support of an uninformed mass of people seems to be the only platform of today's Republican Party. It operates solely out of fear of losing whatever power it has. It gives lip service to helping those in need, devoting most of its energy and resources to fighting the efforts of those who would truly like to reconcile our differences.

The truth is, reconciliation is not a Republican priority. They would rather rule. I don't understand why. I always come back to fear. Which is why I always come back to education. Autocrats depend on keeping the masses ignorant in order to maintain power. So, too, do some religious leaders. Have faith in me, they preach. Give me your money. You will be protected. Do not trust the infidel with the clever words.

That approach works for some in politics, too. But democracy cannot survive in that atmosphere. And, in my opinion, our brand of democracy is under attack today. I have never felt this way before. The January 6 insurrection and the continuing lies of Republican leaders that the 2020 presidential election was stolen from Donald Trump are the most glaring evidence of this threat. So long as Trump speaks for most Republicans and so long as most Republicans fear to contradict him, I see no chance of "reconciling our differences."

That's why I won't stop writing about the importance of a Free Press, about the freedom to read what we choose, about the need for truthful history to be taught in all our schools, about respecting science, and about honoring the invitation on our Statue of Liberty, to welcome, not demonize, refugees from other lands.

I repeat, I speak not to the MAGAs, but to the large number of Americans who, I am certain, share my beliefs. We are the majority. Protect our democracy. Make sure you're vaccinated. Teach your children the importance of education. Be a voice of tolerance. Vote. Reread "1984."