The sooner America ends this shameful colonial war the better 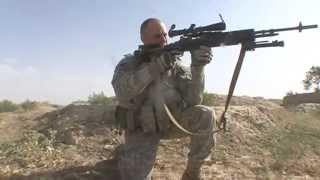 US strategy failing in Afghanistan
(Image by YouTube, Channel: The Guardian)   Details   DMCA

After 18 years of war in Afghanistan -- America's longest -- U.S. and Taliban negotiators are said to be close to an agreement that may see the withdrawal of many of the 14,000 U.S. soldiers in that remote nation.

That's the official version. President Donald Trump keeps changing his mind about the number of U.S. troops to be withdrawn. The latest version from the White House has 5,000 U.S. troops remaining in Afghanistan as a permanent garrison to guard the major air bases at Bagram and Kandahar and protect the U.S.-installed puppet Afghan government in Kabul.

Without U.S. troops to defend it, the Afghan regime of Ashraf Ghani would be swept away in days. Even Trump has admitted this. Keeping the Ghani regime safe in Kabul would at least provide a fig leaf to claim the U.S.-backed government was still in charge.

The pro-war right in Washington is crying to high heaven at this prospect. Senators and congressmen who never heard a shot fired in anger are ready to fight to the last 18-year-old American soldier and keep the trillion-dollar war sputtering on.

To date, 2,426 American soldiers have been killed in combat in Afghanistan, with some 20,000 wounded, many of them permanently maimed. Thousands of U.S.-paid mercenaries and foreign troops dragooned into this conflict have been killed or wounded. Heavy Afghan civilian casualties, mostly caused by air strikes, are covered up by U.S. occupation authorities. Without 24/7 U.S. air support, American forces would have long ago been driven from Afghanistan, as were their British and Soviet predecessors.

Proponents of the Afghan War insist that "terrorists" will take over if U.S. troops withdraw. By now, it's unclear who the so-called "terrorists" really are. Previously, the U.S. branded Taliban as terrorists. But now that the U.S. is negotiating with Taliban to end the war, Washington claims the threats are the Islamic State from Iraq and something called "the Khorasan Group," a figment of Washington's imagination.

The U.S. warns that if Taliban wins, it will turn Afghanistan into a base for international terrorism. This is absurd. Taliban today controls more than half the nation by day, and 80 percent by night. There is plenty of room left for anti-U.S. groups.

Contrary to U.S. claims, Taliban was never a terrorist group. I was in Afghanistan and Pakistan when Taliban was created. Civil war in Afghanistan after the Soviets pulled out led to wide-scale banditry, rapine and anarchy. A preacher named Mullah Omar, a veteran of the anti-Soviet war, cobbled together a force of ethnic Pashtun (Pathan) fighters and students to attack the bandits, rapists, and opium-producing Communist forces causing mayhem. This rag-tag movement came to be known as "talibs," or religious students. Thus was born Taliban.

Mullah Omar and his Pashtun fighters went on to drive the Communists from Kabul and take most of the country. According to the UN, Taliban eliminated 90 percent of Afghanistan's opium production and brought a rough justice to the nation.

But then came the 9/11 attacks on the United States. Caught sleeping on guard duty, the embarrassed Bush administration claimed Taliban was somehow behind 9/11 because it had given refuge to Afghan war hero Osama bin Laden. There was no hard evidence against bin Laden but he became the target of America's wrath and desire for revenge.

Washington demanded Taliban turn over bin Laden. But the Afghan mountain warriors held to their tradition of defending guests and refused, claiming bin Laden would never have gotten a fair trial in the U.S. But they offered to send him for trial in another Muslim nation like Turkey or Egypt. The U.S. spurned this offer and invaded Afghanistan, oblivious to its title "Graveyard of Empires."

And so, under the banner of the faux War on Terrorism, the U.S. bombed and rocketed Afghanistan, one of the world's poorest but proudest nations, for 18 years, using B-1 heavy bombers and fleets of killer drones against mountain tribesmen armed with old rifles and fierce courage.

America faces historic defeat in Afghanistan. By not winning, it loses. How this loss would affect the rest of America's empire remains to be seen. But the sooner America ends this shameful colonial war the better.

Related Topic(s): Afghanistan Pullout; Afghanistan War; Taliban; Withdrawal, Add Tags
Add to My Group(s)
Go To Commenting
The views expressed herein are the sole responsibility of the author and do not necessarily reflect those of this website or its editors.