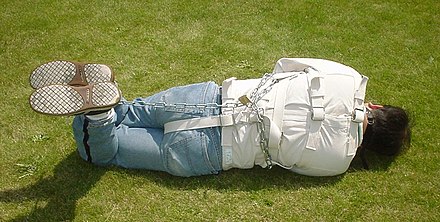 Dr. Bandy Lee, a psychiatrist affiliated with Yale University, posits a "'shared psychosis' among just about all of Donald Trump's followers."

Her claim came in the context of a discussion of Alan Dershowitz's use of the word "perfect" to describe his sex life, mirroring Trump's use of that word regarding a well-known phone call with Ukrainian president Volodymyr Zelensky.

Dershowitz has complained to Yale about the claim. He considers it an ethical violation of psychiatrists' duty not to diagnose conditions absent personal examinations.

This particular version of the claim has a pretty thin basis, but it's not incorrect. The big problem with it is that it's too narrow. Donald Trump isn't some lone Typhoid Mary of "shared psychosis," nor are his supporters its only victims. Politics as we know it is made up almost entirely of shared psychoses.

The National Institute of Mental Health defines "psychosis" as "conditions that affect the mind, where there has been some loss of contact with reality. ... Symptoms of psychosis include delusions (false beliefs) and hallucinations (seeing or hearing things that others do not see or hear). Other symptoms include incoherent or nonsense speech, and behavior that is inappropriate for the situation."

If that doesn't sound like the daily grind of American politics to you, you haven't been paying attention to Trump's Twitter timeline, the Democratic Party's presidential primary debates, or Congress's perpetual bickering.

The primary delusion of politics is the notion that someone out there is more qualified to run your life, or at least your neighbor's life, than you or your neighbor. In the advanced stages of the psychosis, the victim becomes convinced that he or she IS that someone and decides to seek political office.

By any measure, the psychosis is pandemic. In the US, more than 45% -- at a bare minimum, the entire adult population minus the half who don't vote and the tiny percentage who vote Libertarian -- clearly suffer from it.

To make a bad situation worse, the American political system is set up to ensure that the most delusional patients get put in charge of running the asylum.

While I'm a partisan Libertarian, I have my doubts that we can vote our way out of this epidemic by electing my fellow partisans to office and having them re-jigger the system to stop spreading the contagion and exacerbating its symptoms.

Perhaps we should consider adding clozapine to the water supply.

Related Topic(s): Mental Illness; Politics, Add Tags
Add to My Group(s)
Go To Commenting
The views expressed herein are the sole responsibility of the author and do not necessarily reflect those of this website or its editors.