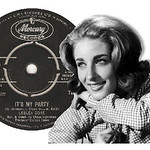 ...And I'll cry if I want to" was a song sung by Leslie Gore in 1965. How apropos it is now to describe our political situation in 21st Century Amerika.

Imagine the sad fact that a billionaire who never looked out for the working stiff was aided in his electoral pursuit for president by millions of ... working stiffs! They drank the Kool-Aid he offered that promised more good paying jobs ($10 and $12 an hour ones instead of $8 and $10 an hour ones- barely enough to support oneself, let alone a child or two), less competition for those shitty s jobs (illegal aliens OUT), draining the DC swamp (only to be replaced by super rich Military Industrial Empire alligators), and more money for the War Economy to help us fight those dirty "rag-heads" (Muslims OUT too)... and of course an end to Obamacare (which in itself was a sell-out to the private insurers) and replacing it with a better sell-out to those same private insurers. Need I go on?

The Democrat that Mr. 'Make America Great Again' defeated (or should I say was the main reason why so many crossed over party lines and voted for this narcissistic demagogue) would have done her best to serve this same Military Industrial Empire.

Her party, made up of 'kinder and gentler' servants of the super-rich, has done very little to stifle the demise of working stiffs... for generations! Plus, they were, and are still, banging the drums for a new Cold War with the Russkies.

At least our new 'President Cheetos' (most likely for his own selfish business interests) is not buying that rhetoric... yet. Mrs. Clinton, along with the Republicans and her corporate serving Democratic Party, is deeply embedded with the Wall Street predators and the War Economy. So much so that a nice guy like Bernie Sanders chose to only go halfway ('down with Wall Street') and not dare touch the tentacles of a Permanent War Empire (kudos to the late Gore Vidal for that logo).

In the late 1920s and early 1930s the Nazi Party in Germany shrewdly realized that the easiest way to gain legitimacy along with total control was through the electoral vote. Germany had a multi-party system and no one party held the requisite 51% to make permanent policies. The Nazis had to go through many parliamentary elections using creative propaganda to get more and more regular Volk (AKA working stiffs) to abandon the Social Democratic Party (Germany's largest at the time) and some of the center and conservative parties.

Of course, the greatest recruiting tool the Nazis used was the fear of the Communist Party (3rd most popular in Reichstag seats in 1932). As a footnote, please remember that this same fear of Communism (or Bolshevism as the West called it in those days) was the main reason why Britain, the United States and France turned down the Soviet Union's appeal to join forces in the mid-30s to successfully stifle Germany completely.

All in all, in January 1933 the die was cast and the Nazis ruled when the other major political parties (including the Communists) could not agree to join in a coalition and stifle them. That Leslie Gore song could have been played by all the other parties soon after the Nazis, using their 'Enabling Act' (after arson destroyed the Reichstag), banned them all and jailed most of the Social Democratic and Communist leadership. Then the Nazis did the same to all the labor unions, making Germany a ' One Party dictatorship'.

The movers and shakers of our country have been using a more subtle tactic to obtain a complex dictatorship here. They have used the existence of this 'Two Party/One Party' system to control the public or as they refer to us as 'The voters'. If you notice, any semblance of a strong 3rd party is always co-opted by either the Republicans (for any new conservative 3rd party movement) or the Democrats (for any socialist or progressive one).

This has been going on for at least the lifetime of anyone reading this... and then some! With this caveat, the super-rich who really own our corporate state can easily manipulate things. Whenever we working stiffs get really pissed off over one or many of their machinations, as with during the Great Depression, they'll allow changes to occur as a trade off against mass insurrection.

Thus, the New Deal was allowed to flourish because things had gotten so bad that the super-rich realized just how far down the road to destruction they had taken Amerika. The phony so called Vietnam War also had to finally end for the same reasons: You can piss so many off for so long with your lies until it reaches a breaking point. Sadly, things today in Amerika are getting closer to just how bad they were in 1930. What the movers and shakers are banking on is for us working stiffs to continue to march along with this Two Party/One Party con job.

Related Topic(s): Democratic; Empire; Party Leadership; Party Loyalty; Party Machine Democratic; Party Politics Democratic, Add Tags
Add to My Group(s)
Go To Commenting
The views expressed herein are the sole responsibility of the author and do not necessarily reflect those of this website or its editors.