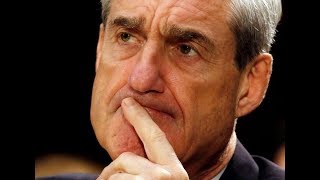 Will the Mueller report be made public?
(Image by YouTube, Channel: PBS NewsHour)   Details   DMCA

Trump and his propaganda machine at Fox News have so aggressively undermined the legitimacy of Robert Mueller's inquiry repeatedly conjuring a "witch hunt" and maintaining a drumbeat of "no collusion" that Mueller's report, whatever it shows, will almost surely be overwhelmed by a fog of alt-interpretation and epistemological confusion. What's "collusion?" What's illegal? What's unethical? Has Trump been vindicated or not?

Related Topic(s): Mueller Investigation; Trump Crime; Trump Russia Connection, Add Tags
Add to My Group(s)
Go To Commenting
The views expressed herein are the sole responsibility of the author and do not necessarily reflect those of this website or its editors.