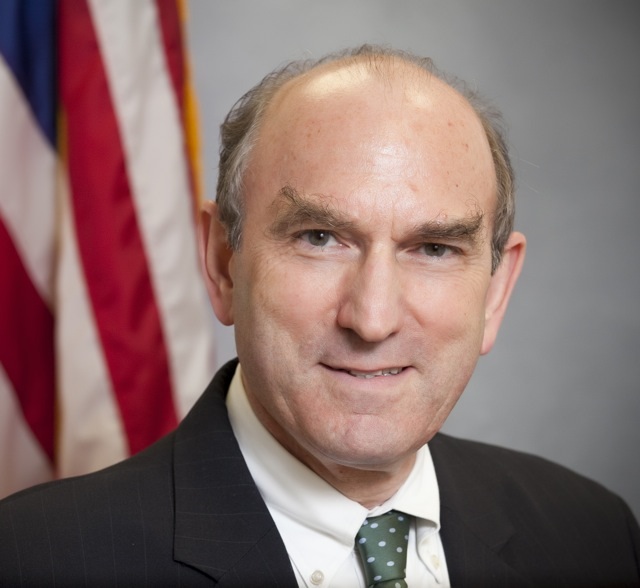 Showing that he is adopting the neoconservative playbook every day he remains in office, Donald Trump handed the neocons a major win when he appointed Iran-contra scandal felon Elliott Abrams as his special envoy on Venezuela. Abrams pleaded guilty in 1991 to two counts of withholding information on the secret sale of US weapons for cash to help illegally supply weapons to the Nicaraguan right-wing contras, who were battling against the government of President Daniel Ortega. Abrams would have headed to a federal prison, but President George H. W. Bush, an unindicted co-conspirator in the scandal, issued pardons to Abrams and his five fellow conspirators former Secretary of Defense Caspar Weinberger, former National Security Adviser Robert McFarlane, and former Central Intelligence Agency officials Alan Fiers, Duane "Dewey" Clarridge, and Clair George on Christmas Eve 1991, during the final weeks of Bush's lame duck administration.

Abrams escaped being charged with more serious crimes by Independent Counsel Lawrence Walsh because he cut a last-minute deal with federal prosecutors. Trump, who has made no secret of his disdain for cooperating federal witnesses, would have normally called Abrams a "rat," a gangster term meaning informant. The man who helped engineer the pardons for Abrams and his five convicted friends was none other than Bush's Attorney General, William Barr, who has just been sworn in as Trump's Attorney General. Trump, who is always decrying the presence of the "deep state" that thwarts his very move, has become the chief guardian of that entity.

During a recent hearing of the US House of Representatives Foreign Affairs Committee, newly-minted congresswoman Ilhan Omar, Democrat of Minnesota, reminded her colleagues and the world about the sordid background of Abrams.

"Mr. Abrams, in 1991 you pleaded guilty to two counts of withholding information from Congress regarding the Iran-Contra affair, for which you were later pardoned by President George H.W. Bush. I fail to understand why members of this committee or the American people should find any testimony you give today to be truthful."

Abrams, as is the nature of neocons, refused to respond to Omar and cited her comments as "personal attacks."

Abrams's and his fellow criminals' use of mercenaries and "death squads" to conduct secret wars in Nicaragua, Honduras, El Salvador, and Guatemala during the Ronald Reagan administration in the 1980s has made a re-entrance under Trump. Abrams was brought on board by neocons like National Security Adviser John Bolton, Vice President Mike Pence, and Secretary of State Mike Pompeo to oversee a US military build-up in Colombia, said to be 5000 US troops, to support Venezuelan paramilitary and military efforts to topple President Nicolas Maduro. Abrams and Bolton are also believed to have retained the services of another unindicted conspirator in the Iran-contra affair, Michael Ledeen, a colleague of the disgraced and convicted former Trump National Security Adviser, retired Lieutenant General Michael Flynn. Ledeen and Flynn co-authored a book titled, "The Field of Fight: How We Can Win the Global War Against Radical Islam and its Allies." The book contains nothing more than the standard neocon tripe one might expect from the likes of Ledeen.

An official investigation of the Iran-contra scandal by the late Republican Senator John Tower of Texas concluded that Abrams's and Ledeen's friend, Iranian-Jewish middleman Manucher Ghorbanifar, a long-time Mossad asset and well-known prevaricator, was extremely instrumental in establishing the back-channel arms deals with Iran. Ghorbanifar has long been on the CIA "burn list" as an untrustworthy charlatan, along with others in the Middle East of similar sketchy credentials, including the Iraq's Ahmad Chalabi, Syria's Farid "Frank" Ghadry, and Lebanon's Samir "Sami" Geagea. These individuals, however, were warmly embraced by neocons like Abrams and his associates.

Abrams, whose links with Israeli intelligence has always been a point of consternation with US counter-intelligence officials, is part of an old cabal of right-wing anti-Soviet Democrats who coalesced around Senator Henry Jackson in the 1970s. Along with Abrams, this group of war hawks included Richard Perle, Frank Gaffney, William Kristol, Douglas Feith, Lewis "Scooter" Libby, Abram Shulsky, and Paul Wolfowitz. Later, this group would have its fingerprints on major US foreign policy debacles, ranging from Nicaragua and Grenada to Lebanon, Iraq, and Libya. Later, in December 2000, these neocons managed to convince president-elect George W. Bush of the need to "democratize" the Middle East. That policy would later bring not democracy but disaster to the Arab Middle East and North Africa.

Abrams and his cronies will not stop with Venezuela. They have old scores to settle with Nicaraguan President Ortega. The initiation of "regime change" operations in Nicaragua, supported by the CIA and the US Southern Command (SOUTHCOM) in Miami, have been ongoing for more than a year.

The Trump administration has already achieved a regime change victory of sorts in El Salvador. Nayib Bukele, the former mayor of San Salvador, who was expelled from the formerly-ruling left-wing Farabundo Marti National Liberation (FMLN) party and joined the right-wing GANA party, was recently elected president of El Salvador. Bukele has quickly re-aligned his country's policies with those of the Trump administration. Bukele has referred to President Maduro of Venezuela as a "dictator." He has also criticized the former FMLN government's recognition of China and severance of diplomatic ties with Taiwan. It will be interesting to see how a sycophant like Bukele will politically survive as Trump continues to call hapless asylum-seeking migrants from his country, who seek residency in the United States, "rapists, gang monsters, murderers, and drug smugglers."

Another country heading for a US-installed "banana republic" dictator is Haiti. President Jovenal Moise has seen rioting in the streets of Port-au-Prince as the US State Department removed all "non-essential" personnel from the country. Moise, whose country has received $2 billion in oil relief from Venezuela, to help offset rising fuel prices, has continued to support the Maduro government. However, at the US-run and neo-colonial artifice, the Organization of American States (OAS), Moise's envoys have been under tremendous pressure to cut ties with Venezuela and recognize the US puppet Juan Guaido as Venezuelan president. Moise's refusal to do so resulted in armed gangs hitting the streets of Port-au-Prince demanding Moise's resignation. It is the same neocon "regime change" playbook being used in Venezuela and Nicaragua.

There will be similar attempts to replace pro-Maduro governments in his remaining allies in the region. These include Suriname, Antigua and Barbuda, Dominica, and Saint Vincent and the Grenadines.

Abrams was also brought in as an adviser on Middle East policy in the George W. Bush administration. The carnage of Iraq is a stark testament to his record. In 2005, it was reported that two key Bush White House officials Deputy Chief of Staff Karl Rove and Deputy National Security Adviser Elliot Abrams gave a "wink and a nod" for the assassinations by Israeli-paid operatives of three key Lebanese political figures seeking a rapprochement with Syria and Lebanese Hezbollah Member of Parliament Elie Hobeika, former Lebanese Communist Party chief George Hawi, and former Prime Minister Rafik Hariri.

In 2008, a United Nations panel headed by former Canadian prosecutor Daniel Bellemare later concluded Hariri was assassinated by a "criminal network" and not by either Syrian and Lebanese intelligence or Lebanese Hezbollah as proffered by Abrams and his friends in Washington.