Back in early 1971 when I was first ordered to Vietnamese language training in the DC area, any officer wearing a working uniform (or worse, battle fatigues) in Washington risked a formal reprimand. Today even our Service Chiefs attend meetings at the White House looking like they just crawled out of a foxhole.

There was a time when all officers wore uniforms similar to civilian workforce attire but that distinguished one's specific service and rank. In the Navy, for example, we wore coats and ties, slacks, and street shoes. Back then, the option was Service Dress Blues or optional Khakis with shoulder boards. Summers we wore short-sleeved shirts, slacks, and street shoes (although everything was white - shoes too). Outside of the DC Metro area officers usually wore khaki shirts and trousers even aboard ship (short sleeved in summer). Enlisted personnel also wore service dress uniforms (trademark white dixie cup hats, navy-blue jumper with scarf, bell-bottom trousers, and street shoes; but outside DC, they wore the dixie-cup hats, blue jeans with a blue denim shirt and steel-toes safety shoes. 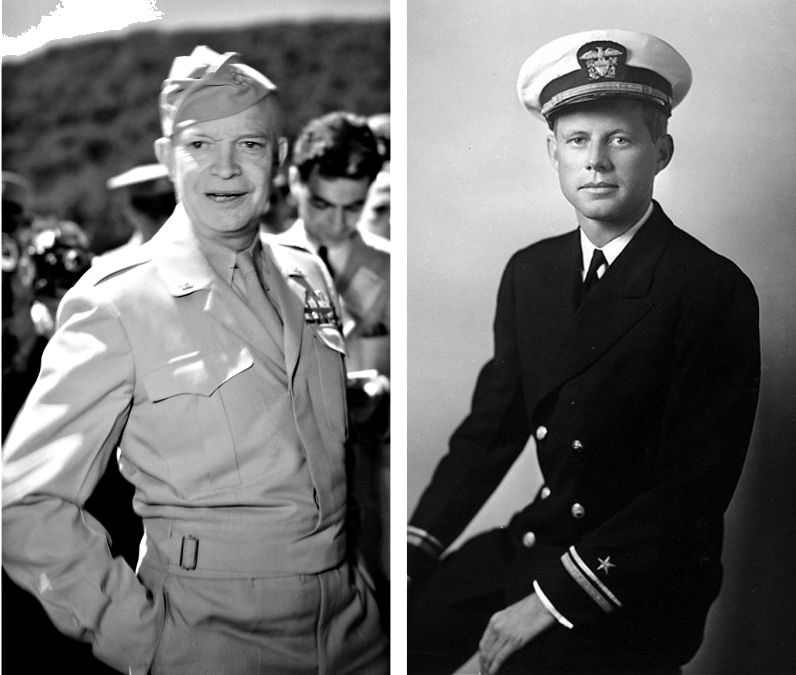 Those pre 9/11 uniforms were not only comfortable; they also enabled you to fit in while out in public yet looking military while at work. After 9/11 the US invaded Afghanistan supposedly to dismantle Al Qaeda. We didn't. So, the mission morphed to nation-building. Then two years later, the "War on Terror" came to Iraq. But after the "Shock and Awe" wore off back home, and no weapons of mass destruction were discovered in Iraq (our justification for the invasion), the war on terror was clearly running out of steam on Capitol Hill. So, late 2003, the Bush administration had a brainstorm. If we were at war with terror, then the entire military should dress like they are at war, everywhere, 24/7. Soon, the entire armed force would be wearing battle-dress uniforms (BDUs).

Before the war on terror, I only wore BDUs (fatigues) that were issued to me when I arrived in a combat zone (jungle greens for me). Navy even made me give back my BDUs at the end of my first combat tour. Now that all armed services were to be in BDUs 24/7, the so-called Military Industrial Complex (MIC) had to go into overdrive to manufacture new uniforms for everybody. Soon all US service members globally were walking billboards for Bush's war on terror - even if we carried ballpoint pens all day instead of rifles.

One might argue that 2004 was the official start of what, after 20 years, is now referred to as the Foreverwar. Our BDUs helped bring the war on terror home to every civilian voter who encountered a service member during their daily lives. Arguably, it helped to promote war as a permanent fixture in American life. It also sustained Congressional support for skyrocketing defense budgets rather than reduce the national debt, fix bridges before they collapsed, lower healthcare costs, etc.

We are now out of Afghanistan. Soon, hopefully, America will be drawing down its military presence elsewhere in the world. Maybe it is time for our current Commander in Chief to return to the traditional, service-specific uniforms people used to wear before 9/11. I suspect that many service members would be happy to stop blousing their trousers into lacy combat boots every morning. It might help Americans feel that finally, our overseas invasions are coming to an end. I suspect that the Chiefs of Staff wouldn't mind wearing street shoes again either.

I'm a psychologist and retired Navy Captain (two combat tours). In 2000, I joined NIH as a national research program official, science officer, and faculty member. Before retiring to Happilyeverafter on the Florida Coastline, I have lived in (more...)

Related Topic(s): Dress; Time; Troop Deployment, Add Tags
Add to My Group(s)
Go To Commenting
The views expressed herein are the sole responsibility of the author and do not necessarily reflect those of this website or its editors.

JIT Did It: Why Store Shelves Emptied So Fast - Again

Putin's War Has Made Russia Irrelevant

The People Make the Place

Student Loan Forgiveness: Does Not Eliminate the Cost of Higher Education.