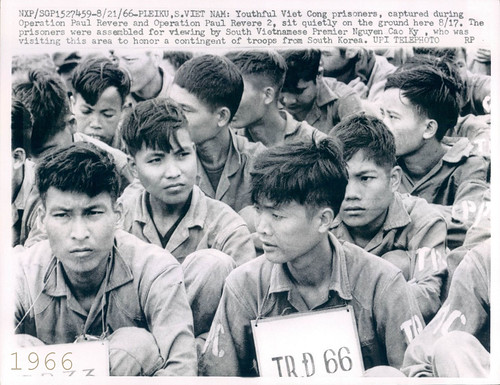 Well, it was bound to happen sooner or later that someone of high notoriety would blurt out the truth about the American genocide of Holocaust proportion in Vietnam, Laos and Cambodia, and lift for a moment the tacky iron curtain of imbecility that keeps why-me-worry silly American society, self-indulgent in sales and sports, gung-ho slap-happily accepting what its criminal media tells it about being proud of its Vietnam War veterans and proud of today's American soldiers, who have invaded whatever little countries on criminal orders or are stationed in active duty in 150 countries. [1]

What comes to mind are photos of dead babies and their mothers lying in a ditch in South Vietnam shot point blank by American soldiers.[click here ] "of America soldiers setting fire to the straw roofs of village homes with their cigarette lighters"of an American tank dragging a roped Vietnamese 'enemy' behind it down the road " of naked children with burnt skin running from fiery napalm dropped from an American fighter plane over farm houses " of photos of B-52 bombers high-altitude carpet bombing 'free fire zones' " of planes dropping Agent-Orange to destroy whole forests in South Vietnam " of super heroes like US Senator and presidential-candidate-to-be pilot John McCain, who dropped bombs for months on Hanoi city before being shot down, and who Nuremberg Trial Prosecutor Gen.Telford Taylor would have prosecuted as a war criminal. [2]

"We were wrong, terribly wrong," the former Secretary of Defense broke down in tears.

Secretary of Defense Robert McNamara from 1961 to 1968, formerly President of the Ford Motor Company, had pushed so hard for deeper American military involvement in Vietnam that the US conflict in French Indochina became nicknamed "McNamara's War," but 20 years after the US embarrassingly mortifying withdrawal in 1975, he wrote a book in which he confessed "We were wrong, terribly wrong. We owe it to future generations to explain why." He broke down in tears while talking to Diane Sawyer of ABC News.

McNamara claimed he once sent President Johnson a note warning, "There may be limits beyond which many Americans and much of the world will not permit the United States to go. The picture of the world's greatest superpower killing or seriously injuring 1,000 noncombatants a week, while trying to pound a tiny backward nation into submission " is not a pretty one." After presiding for years as the Devil incarnate over the deaths of millions, McNamara, upon his resignation, was appointed President of the World Bank! (In America, war seems to be just business and money, while life, on the other hand, is cheap. Like many Americans, McNamara was emotional about the Americans who died because of his decisions but never seem to care about the nearly a hundred times more Vietnamese who died because of his commands.)

Recently, more than a half-century after the US lifted its years of cruel international sanctions on Communist Vietnam, an American president reportedly called the American war in Vietnam "a stupid war." From Associated Press and "According to one former senior Trump administration official: 'When the President spoke about the Vietnam War, he said, '"It was a stupid war. Anyone who went was a sucker,'" Jennifer Griffin, a national security correspondent for Fox News, confirmed the president's remarks. [3] What is important is how something critical said about the Vietnam debacle that took millions of lives has been ridiculed and characterized as wrong headed and improper by America's criminal media which lied about that war in its time and continues to lie about it even today.

The war was supposed to prevent a communist run government in Vietnam.

Related Topic(s): Capitalism Over Humanity; Korean War; Predatory Capitalism; Vietnam War; War Profiteers - Ing; World War Two, Add Tags
Add to My Group(s)
Go To Commenting
The views expressed herein are the sole responsibility of the author and do not necessarily reflect those of this website or its editors.