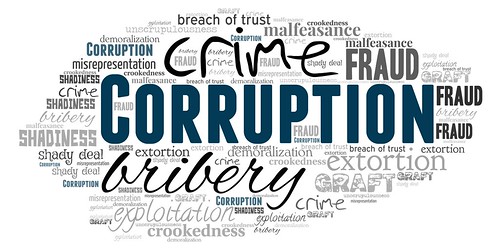 When the charges against former Los Angeles City Councilmember Mitchell Englander were first released, his former Chief of Staff, John Lee, admitted that he had been one of the revelers on a corruption fueled trip to Las Vegas. A spokesperson refused to provide any additional details claiming that the case was "an ongoing legal proceeding [and that] Councilmember Lee wants to respect the process". That excuse came to an end last week when Englander signed a plea agreement that will result in his becoming a felon.

First and foremost, Lee needs to specifically state if he is "City Staffer B" as named in the charging documents against Englander. If he is, then the claim that he "was unaware of any illegal activities for which Councilmember Englander is being charged" is disputed by the "Factual Basis" document signed by his boss. These include being the recipient of illegal gifts provided by a businessman looking to curry favor from an elected representative and his staff as well as trying to obstruct justice in an FBI investigation. Most specifically "City Staffer" coordinated testimony with Englander regarding the receipt of casino chips.

After Lee and his supporters spent over $850,000 on an often dirty re-election campaign, only 801 votes separated the incumbent and his opponent, Loraine Lundquist. This represents 1.23% of the 65,213 votes cast on March 3. This shows just how divided the CD12 electorate was, even before the corruption charges against Englander were publically announced. It cannot be denied that 802 people might have voted differently if they knew that Lee had partied in Vegas with the cost of overpriced meals, thousands of dollars in alcohol, gambling and escorts illegally paid for by a third party. The chances of him maintaining his slim victory decrease further if he is actually "City Staffer B."

If John Lee is going to continue to ignore the growing list of constituents calling for his resignation, then he at least owes them a full explanation of his activities in Las Vegas and the aftermath. What does he mean when he states that he did "everything in [his] power" when he claims that he reimbursed the businessman for the costs of the trip? Did he know that his former boss had taken a $10,000 cash bribe in a Las Vegas bathroom when he accepted Englander's endorsement? Is he the "City Staffer" named in the plea agreement?