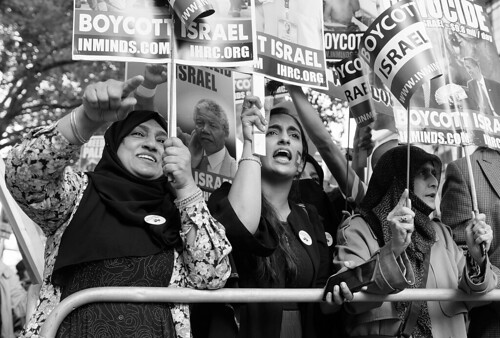 The prominent Israeli human rights organization B'Tselem on Monday defiantly defended its position that Israel is an apartheid state after the country's education minister banned members of groups that call the Jewish state "false, derogatory names" from entering its schools.

Last week, B'Tselem published a position paper that cited "a wide array of Israeli policies" it said are "advancing and perpetuating the supremacy of one group Jews over another Palestinians" before concluding that "we must look at the full picture and see it for what it is: apartheid."

While not specifically naming B'Tselem, Education Minister Yoav Galant on Sunday sent a letter to his office's director and to school district managers nationwide directing them to deny entry to "groups that act in contradiction with the education system's goals, including calling Israel false, derogatory names, opposing Israel as a Jewish, Zionist, and democratic state, discouraging meaningful service in the Israel Defense Forces, or acting to harm or humiliate IDF soldiers during or after their service."

On Monday, B'Tselem said Galant's directive would not stand in the way of its work, and that it had already delivered a virtual lecture on Israeli apartheid to a school in Haifa that day.

"B'Tselem is determined to keep with its mission of documenting reality, analyzing it, and making our findings publicly known to the Israeli public, and worldwide," the group said in a statement sent to Al Jazeera. The statement continued:

Related Topic(s): Israel; Israeli Attacks On Gaza; Israeli Racism; Israeli_Propaganda; Israelification; Palestinians, Add Tags
Add to My Group(s)
Go To Commenting
The views expressed herein are the sole responsibility of the author and do not necessarily reflect those of this website or its editors.