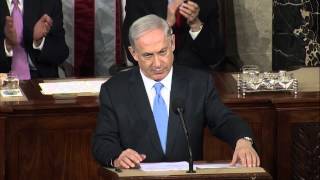 In case you missed it exactly three weeks from today Israel will hold a new election to determine its next government currently led by Prime Minister Benjamin Netanyahu.

Last April Israel held an election but no party, including Netanyahu's Likud Party, won a majority of seats in the Knesset. So he attempted to form a new government with other minority parties joining him in a coalition. But none agreed bringing a stalemate necessitating next month's new election.

Current Israeli polls indicate Netanyahu's Likud Party may still receive more votes than the other parties. However if the polls hold true Likud would still be a minority party requiring other minority parties to join forming a new coalition government.

What is noteworthy since the April elections Netanyahu has become more belligerent during the interim annexing the occupied Golan Heights as part of Israel-which it stole from Syria as spoils after the 1967 war. Over the weekend he sent missiles supposedly in a pre-emptive strike against suspected Iranian military positions outside Damascus , sent drone attacks into Lebanon south of Beirut and air strikes into Iraq targeting Shiite militia's allied with Iran.

Reading between the lines it would appear Netanyahu's ploy is to escalate IDF, Israeli Defense Force activity, provoke incidents against its neighbors, get them to retaliate thus instill greater fear in the Israeli public to support the PM against Israel's enemies.

It's an old tactic riling up the public's nationalism before an election.

Netanyahu knows the US congress will always back him regardless of any mendacious acts he commits.

Plus it's hard to imagine Trump and his coterie of Israeli apologists-Bolton, Pompeo, Pence-doing anything to criticize Netanyahu's belligerence.

In response to Netanyahu's aggressive actions Lebanese President Michel Aoun said, Israeli aggression "allows us to resort to our right to defending our sovereignty".

A spokesman for Iranian President Hassan Rouhani responding to Israeli attacks said, "Israeli bombings in Iraq were "black stains on track records of this regime".

A parliamentary bloc in Iraq demanded US troops leave the country after the Israeli strikes.

So what. The UN Security Council won't take action as the US will always veto any measure taken against Israel.

Retired. The author of "DECEIT AND EXCESS IN AMERICA, HOW THE MONEYED INTERESTS HAVE STOLEN AMERICA AND HOW WE CAN GET IT BACK", Authorhouse, 2009
Related Topic(s): Election; Israel; Prime Minister Benjamin Netanyahu, Add Tags
Add to My Group(s)
Go To Commenting
The views expressed herein are the sole responsibility of the author and do not necessarily reflect those of this website or its editors.