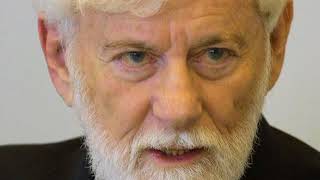 He died too soon. Israel, Palestine, and the world, still need his passionate voice and stern guidance. We also need his Jewish presence at events.

Uri Avnery wrote his final column for publication on August 4, 2018.

He began that column by recalling a friendly discussion he once had with Ariel Sharon, one of Israel's right-wing, long-serving prime ministers.

That introductory anecdote took Avnery into his favorite territory, informing his Jewish readers, who read him in Hebrew in Ha'aretz, and his non-Jewish outliers who followed him religiously through his English language blog, Gush Shalom.

He was a firebrand activist who embraced his Jewishness and his national identity, even as he embraced just as vigorously, his continued struggle against Israel's oppression of Palestinians, rooted deeply in the illegal, immoral, occupation.

In his final column, Avnery focused on a crisis in Israel arising from, he wrote, "the law that was adopted in great haste last week [July 19] by the rightist Knesset majority," entitled, 'Basic Law: Israel the Nation State of the Jewish People.'"

Avnery was a youthful member of the Irgun, Israel's underground force against its British occupiers. He served his tour in the original Israeli Defense Force. He was later elected as a member of Israel's Knesset, the country's legislative body.

Over the 20 years of his Gush Shalom column, he drew from his personal relationships in both Israel and Palestine in what was for him a career that focused on politics and journalism, and on securing justice for Palestine.

He wrote in an open and sprightly style, about his encounters with Israeli politicians.

In one column, "That Woman," he wrote:

"Ben-Gurion said about her: 'The only thing Golda knows how to do is to hate!'

"Golda Meir did not hate me. That would be an understatement. She detested me.

Related Topic(s): Death; Hospital; Israel; Israel And Palestine; Israeli Intransigence; Stroke; Uri Avnery, Add Tags
Add to My Group(s)
Go To Commenting
The views expressed herein are the sole responsibility of the author and do not necessarily reflect those of this website or its editors.