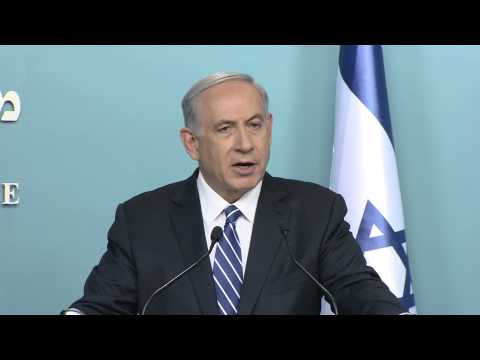 After three indecisive elections, Prime Minister Benjamin Netanyahu and his opponent Benny Gantz agreed to form a unity government in light of the COVID-19 pandemic.

One of the central pillars of this new regime is the unlawful annexation of the Jordan Valley and illegal Jewish settlements in the occupied West Bank. The annexation has the full backing of U.S. President Donald Trump.

"Using the time when the world has been busy confronting the COVID-19 pandemic to commit more war crimes is immoral and poses new challenges for the rule of law and human rights," Raji Sourani, director of the Palestinian Center for Human Rights (PCHR), told Truthout.

The annexation, slated to begin in July, will ostensibly include about 30 percent of the occupied West Bank, including the Jordan Valley, and Jewish settlements containing over 620,000 settlers.

Both the United Nations and the European Union cautioned Israel that annexation of parts of the occupied West Bank would be illegal. Nickolay Mladenov, UN special Middle East envoy, said such action "would constitute a serious violation of international law." Josep Borrell, EU foreign policy chief, noted that EU countries don't recognize Israel's sovereignty over the Palestinian territory, adding it would "continue to closely monitor the situation and its broader implications, and will act accordingly."

As an occupying power, Israel has transferred more than 600,000 Israelis into settlements in the occupied West Bank, including occupied East Jerusalem. These actions are illegal. Article 49 of the Fourth Geneva Convention forbids an occupying power from transferring "parts of its own civilian population into the territories it occupies."

The International Court of Justice stated in a 2004 advisory opinion that the Israeli "settlements have been established in breach of international law." The Court agreed with the United Nations Security Council that Israel's establishment of settlements in occupied Palestinian territory constitutes a "flagrant violation" of the Fourth Geneva Convention.

Since 1967, Israel has maintained an illegal military occupation of the West Bank, including East Jerusalem. Israel claims it acted in self-defense when it attacked Egypt, Syria, and Jordan in the Six-Day War and seized the Palestinian territories.

But Egypt, Syria and Jordan were neither poised to attack nor did they ultimately attack Israel. The initial assault was conducted by Israel in order to annihilate the Egyptian army and seize the West Bank.

Furthermore, it is well-established that territory cannot be lawfully acquired by war. Accordingly, in 1967, Security Council Resolution 242 enshrined "the inadmissibility of the acquisition of territory by war." In 2016, the Council reiterated that language in Resolution 2334, which condemned Israel for building settlements in the occupied Palestinian territories, including East Jerusalem. Resolution 2334 states that Israel's creation of settlements on Palestinian land "has no legal validity and constitutes a flagrant violation under international law."

Moreover, Israel's establishment of settlements in Palestinian territory constitutes a war crime. The International Criminal Court's Rome Statute classifies an occupying power's direct or indirect transfer "of parts of its own civilian population into the territory it occupies" as a war crime.

Trump is aiding and abetting Israel's war crimes of annexation of Palestinian lands. In January, his administration unveiled its "Deal of the Century," supposedly aimed at achieving peace between Israel and the Palestinians. But the so-called deal, which Palestinian Authority President Mahmoud Abbas called the "slap of the century," grants Israel's wish list and promises to facilitate Israel's repression of the Palestinians.

The Trump deal, fully supported by both Netanyahu and Gantz, formalizes the "Netanyahu doctrine," which "is based on the gradual and complete defeat of the Palestinian national movement and the subsequent achievement of 'Greater Israel' through permanent occupation and annexation of land," Yaser Alashqar wrote at Mondoweiss.

Related Topic(s): Israel 1948; Israel And Palestine; Israel Attacks Gaza; Israel Presidency; Israeli Attacks On Gaza; Israeli Intransigence; Israeli Settlements; Law; Occupation; Rights; (more...) Trump, Add Tags  (less...)
Add to My Group(s)
Go To Commenting
The views expressed herein are the sole responsibility of the author and do not necessarily reflect those of this website or its editors.