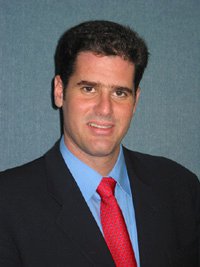 Israel announced this week that its ambassador to the United States beginning in September will be Ron Dermer, a 42-year-old neoconservative political operative. Dermer grew up in the United States, once worked for Newt Gingrich, renounced his U.S. citizenship in 2005, and now works for Israeli Prime Minister Benjamin Netanyahu as a speechwriter and adviser.

The Obama administration evidently has granted agrement, which in the absence of any indication of malfeasance is probably the right thing to have done. The administration may see Dermer's close ties to Netanyahu as a practical advantage in communicating with the Israeli government.

The picture that emerges is of an aide who exhibits the bad sides of his current boss, and then some. Dermer's writings feature characterizations of Palestinians, Arabs, Muslims and a two-state resolution of the Israeli-Palestinian conflict that are dismissive and contemptuous. He also adheres to what Beinart terms a "cartoonish view" of Arab-Israeli relations that is filled with historical inaccuracies.

There are other things to reflect on, however, about this appointment. Peter Beinart provides a description of Dermer's views based on extensive reading of a series of columns that Dermer wrote several years ago for the Jerusalem Post   and that, in Beinart's words, "would have fit snugly in the pages of The Weekly Standard."

Beinart isn't bothered by the idea that this is someone with Republican associations who clearly preferred a Mitt Romney victory last year and may even have done some things toward that end. That's part of a longstanding reality, says Beinart, of mutual attempts in the U.S.-Israeli relationship to affect the other guy's elections. But we should ask what this appointment further indicates in terms of the nature of the relationship.

To put this question in perspective, imagine comparable selections being made for other ambassadorial jobs, including ones involving close allies. Suppose that the United States appointed today as its ambassador to Britain a 42-year-old who had started out working for Labour Party causes before renouncing British citizenship and becoming an American speechwriter. It would be interesting to see the reaction of the Conservative-led coalition government to that. Or suppose Britain appointed a British Dermer as its envoy in Washington, which would be just as much of a shock.

Of course, the United States in effect insults many of its allied governments by making campaign contributions or bundling of campaign funds a prime qualification for major ambassadorships. But at least that can be seen as a general defect in how American diplomacy operates rather than a statement about any one diplomatic relationship.

The Dermer appointment is something different. It is a departure even for Israel; the outgoing Israeli ambassador, Michael Oren, is an accomplished historian who has taught at premier universities in both the United States and Israel.

Perhaps he wants it to be seen that way, which would be consistent with the principle that to sustain something like the fear-based power that Israel has in American politics requires that the power be repeatedly and blatantly exercised and that people be continually reminded of it.

We all knew that this relationship was highly abnormal, even for one between supposed friends and allies. This ambassadorial appointment is a reminder that it is abnormal in ways that ought to make Americans uncomfortable.

Consortiumnews.com was founded by Robert Parry in 1995 as the first investigative news magazine on the Internet. The site was meant to be -- and has become -- a home for important, well-reported stories and a challenge to the inept but dominant (more...)
Related Topic(s): Appointments; Benjamin Netanyahu; Israel; Israel Embassy; Israel Runs Washington; Politics, Add Tags
Add to My Group(s)
Go To Commenting
The views expressed herein are the sole responsibility of the author and do not necessarily reflect those of this website or its editors.