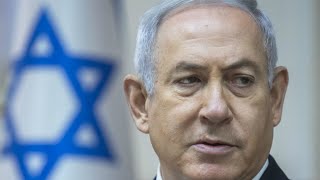 Israel is a democracy and like most parliamentary democracies, the party that wins a plurality of the vote typically ends up forming the government, asking a few of the smaller parties to join a coalition government if they have not received an outright majority. Relative to most parliamentary (particularly West European) democracies, Israel has a larger number of parties which has only grown over the years, each vying for the biggest representation in the Israeli parliament.

There are two major reasons behind the vast number of political parties. The Jews who immigrated to Israel from nearly 120 different countries came with different cultural, political, and ideological backgrounds there were liberals, conservatives, socialists, and even communists. Although they were all committed to the security and wellbeing of the state, they held onto their sets of political and ideological beliefs, which led to the creation of a plethora of parties.

The second reason is that, until 1988, the electoral threshold for a party to be allocated a Knesset seat was only 1 percent. It has been increased in minute percentage points since then, until March 2014, when the Knesset approved a new law to raise the threshold to 3.25 percent, with the objective of consolidating and reducing the number of parties.

Given the low threshold, even at 3.25 percent, it has encouraged different ideological groupings to form parties of their own so as to accomplish four objectives: satisfy the personal ambition of the party's leaders, promote the party's own policies, maintain the support of its loyal adherents, and strengthen their bargaining positions at the negotiating table should they be invited to join a coalition government.

Another interesting phenomenon of the Israeli electoral system is the party shakeups prior to any election several new parties are formed, some existing parties unite to establish a stronger block, and other existing parties dissolve altogether.

The chief shortcoming of the existence of many parties is that it is impossible for a single party to garner more than 50 percent of the parliamentary seats (61 out of 120). As a result, all Israeli governments since inception have been coalition governments consisting of several parties.

Every time, efforts to establish coalition governments become saddled by the would-be coalition partners, who continue to hold fast onto their different ideologies and priorities, and the personal ambitions of the party leadership, which are often placed above the party or even national interests.

Given the desire to be a part of the government, the coalition partners agree to make some concessions, often temporary or conditional. The net result is that the various parties end up settling for the lowest common denominator, both in domestic and foreign affairs policy, which inadvertently weakens the government's hand in taking major initiatives unless there is full support by all members of the coalition.

The result of the most recent election offers a glaring picture of Israel's chaotic political system. There were 29 parties who ran in the September election, only nine of which were able to pass the threshold. Kahol Lavan led by Benny Ganz won 33 seats, followed by Likud led by Netanyahu, which won 32 seats. The third largest party is the Joint Arab List, which was able to garner 13 seats. The remaining six include Shas (9), Yisrael Beiteinu (8), United Torah Judaism (7), Yamina (7), Labor (6), and the Democratic Union (5).

The Netanyahu block consists of right-wing and ultra-orthodox parties, which currently stands at a total of 55 out of 120 seats. The counter left block, excluding the Arab List, stands at 44 seats. Although the Arab List agreed to support the left block without joining a government led by Ganz, three out of the 13 seats they hold refuse to endorse Ganz. As a result, the left block ends up with a total of 54 seats, which explains why Israel's President Rivlin decided to give Netanyahu the first chance to establish a government.

Ganz, on the other hand, insisted that he would serve as the prime minister because a) his party won 33 versus Netanyahu's 32 seats, and b) he refuses to join a coalition government with Likud as long as it is led by Netanyahu, in particular because Netanyahu will potentially be indicted. In fact, Netanyahu's pre-indictment hearing has just begun.

To break the impasse, President Rivlin advanced a number of options to help facilitate the establishment of a unity government, including sharing the premiership position so that each can serve as prime minister for two years. Rivlin also advanced the idea that both can simultaneously serve as prime ministers, with divided but equal responsibility and power. Although Netanyahu agreed, he insisted that he would serve for the first two years, only to avoid the indictment. Ganz rejected the idea in principle because, as he stated from the outset, he will not join a government in which Netanyahu serves as prime minister.

The party that remains outside these discussions over a unity government is Avigdor Lieberman's Yisrael Beiteinu. He insisted that he would join only a unity government between the two largest parties without any of the religious parties, which would give the government a solid majority of 73 seats.

Related Topic(s): Election; Israel Election; Israel Presidency; Knesset; Likud, Add Tags
Add to My Group(s)
Go To Commenting
The views expressed herein are the sole responsibility of the author and do not necessarily reflect those of this website or its editors.