The International Atomic Energy Agency (IAEA) has once again lent itself to the political interests of the United States and Israel, provoking a needless conflict with Iran. 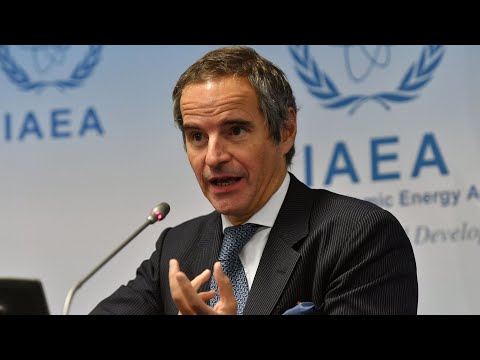 The approval by the board of the International Atomic Energy Agency (IAEA) of a June 19 resolution calling on Iran to comply fully with agency demands for cooperation marks a new stage in the long-running Israeli campaign to isolate Iran over alleged covert nuclear weapons activities.

The IAEA has demanded that Iran provide "clarifications" regarding "possible undeclared nuclear material and nuclear-related activities," as well as access to two sites in question.

Those demands are based on alleged Iranian documents that Israeli intelligence supposedly stole from Iran in 2018. And as The Grayzone has previously reported, their authenticity is highly questionable, and their purported theft may have never occurred.

The latest phase of the Iran crisis erupted in June 2018, when the Israeli government informed the IAEA that its intelligence services had discovered a new "secret atomic warehouse" in the Turquzabad district of Tehran.

Amano pushed back publicly against the Israeli pressure in October 2018, asserting his independence from Netanyahu's agenda. Under his watch, the IAEA also failed to accede to Israel's demand to publicize documents from the "archive" they had provided.

When Brian Hook, a neoconservative operative serving as the US State Department's lead official on isolating Iran, visited Israel in November 2018, the Israeli Foreign Ministry's political director told him his government was furious with the IAEA for failing to take the documents seriously.

Hook assured the Israelis that the Donald Trump administration would apply pressure on the IAEA to take action. He assigned the new US ambassador to the IAEA, a protege of John Bolton named Jackie Walcott, as his point person.

In January 2019, as an apparent result of the pressure campaign, the IAEA asked Iran to visit the warehouse that Netanyahu had identified, in order to take environmental samples. Iran agreed, suggesting that Iranian officials did not believe the agency would find anything supporting the Israeli allegations.

Months later, laboratory results showed the presence of what the IAEA called "natural uranium particles of anthropogenic origin." That meant that the particles had been subject to a process of uranium conversion but not enrichment. The most likely explanation for the finding was that a part of retired equipment or other material that had been used in Iran's fully monitored uranium conversion program had ended up in that warehouse.

The logical next step for the IAEA at that point would have been to have to request visits to sites where Iran's declared conversion program has operated so the results could be compared with those of the samples found at the warehouse. That was what precisely Iran proposed to the agency in January 2020. The IAEA did carry out the sampling, but the laboratory tests on those samples are not yet available.

While the IAEA stalled on requesting environmental samples from the declared uranium conversion sites for several months, when it would have made the most sense to do so, the Israeli government exploited the lab results to resume its political offensive against Iran.

With backing from the US, Israel pushed a dubious argument that particles of natural uranium confirmed their claim that Iran had run an undeclared program to process natural uranium for use in covert nuclear weapons-related testing.

Israel enhances its position in the IAEA

This Israeli lobbying coincided with the first phase of a transition within the IAEA that would ultimately advance Tel Aviv's position. Director General Yukio Amano underwent an unspecified medical procedure in September 2018, grew steadily weaker with a serious illness, and died on July 2, 2019.

Related Topic(s): Iaea; Iran; Israel; Israel And Us Relations; Israel Versus Iran; Israeli American Relations; Nuclear Fabrication; Nuclear Power Plants In Iran; Nuclear Regulatory Commission; Nuclear_insanity; (more...) Uranium, Add Tags  (less...)
Add to My Group(s)
Go To Commenting
The views expressed herein are the sole responsibility of the author and do not necessarily reflect those of this website or its editors.