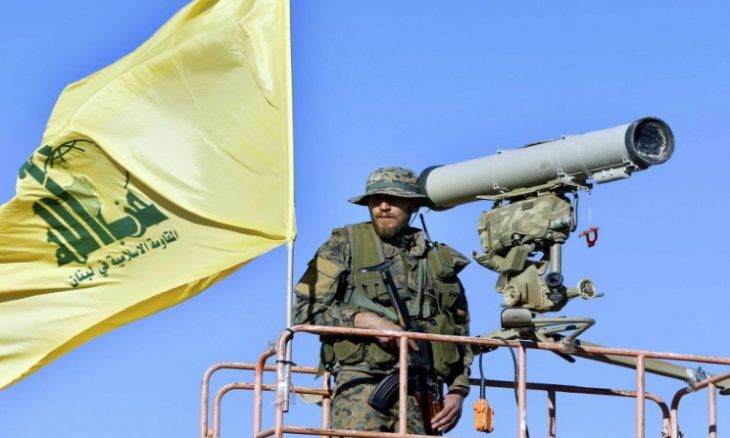 In the past few days, Hezbollah's retaliatory attack and destruction of a small Israeli Wolf combat vehicle in the upper Galilee has made headlines in both Arab and international media. The attack was in response to the Israeli aggression on Damascus on August 24 resulting in the killing of two Hezbollah engineers and also to an Israeli drone attack on the capital Beirut, the first of its kind since August 2006, in violation of the "rules of engagement" that have been established between the two sides.

When the decision was taken by the leadership of the resistance to respond to the aggressions against Damascus and the capital Beirut, the Israeli regime was the first to consider that retaliation as inevitable. No one in the world believes Hezbollah's promises more than Israel does.

Within a few hours, the Israeli occupation soldiers embarked on a previously trained plan to evacuate all of its positions and bases along the area believed to be a supposed target for insurgents. However, there was no need to intensify pressure on soldiers and settlers to abide by orders, since it was enough for them to hear the promising words of Sayyed Hassan Nasrallah about Hezbollah's promise to retaliate, prompting them to act impulsively, in line with their leadership's decision and completely disappear.

The Israeli decision to evacuate all their military posts along the border, varying in depth from five to seven kilometers, effectively stole the life from territories on the borderline with Lebanon. The illegal colonial settlers, whose presence had declined sharply over the past decade in these bordering areas, were shocked to see that the soldiers who were supposed to protect them having fled their positions, leaving the settlers for their own fate.

Moreover, just as these settlers understood from their army's actions that Hezbollah was preparing for a strike, they understood that Hezbollah ended its operation when the soldiers were seen returning to their original duties.

The Israeli occupations forces' plan did not succeed in hiding the "real" targets from the resistance fighters who were monitoring the Israeli movements, from ground control points and via drones.

Despite the adherence of the occupation army formations deployed in the northern region to the orders of their command to evacuate positions along the border with Lebanon and freeze all inspection patrols, the Resistance managed to select the appropriate area of operations, and waited for the target.

At approximately 4 pm on Sunday, September 1, the Israeli Wolf multi-purpose vehicle was traveling at route 899 medium speed. The vehicle came from the eastern side of the settlement of Avivim, from the side of the Malikiyah settlement, to cross the back road down behind Avivim, and then turn around the area known as "Magayer Salha", and up to the road next to the settlement of Yeron, which was the point of impact between the Wolf and the Kornet.

Hezbollah's planned and precise response revealed the weakness of the Israeli fortifications and defense engineering, and the sterility of its plans, which it had intensified in recent years, with the aim of reassuring the inhabitants of border settlements and raising the morale of its occupation soldiers along the northern front.

Anyone who witnessed how strange the evacuation of the Avivim border military base was, which is responsible for the protection of the west within the area of "-"-responsibility of the Galilee Division (91) deployed in the occupied Galilee and whose area of "-"-responsibility extends almost 20 km from the borderline, would definitely be shocked to know that it is that same brigade that announced earlier this year the formation of a new reserve battalion, called the "gates of fire," in order to defend the border area against what it called "the risk of Hezbollah fighters storming" the Galilee.

This time, perhaps, they did not have the opportunity to test the capabilities of the new battalion, because they had already fled, leaving the settlers to their fate, before any crossfire even began.

Marwa Osman is a PhD located in Beirut, Lebanon. University Lecturer at the Lebanese International University and Maaref University and former host of the political show “The Middle East Stream” broadcasted on Al-Etejah English Channel. Member of the Blue Peace Media Network and political commentator on issues of the Middle East on several international and regional media outlets including RT, Press TV, Al Manar and Al Alam. Writer in several news websites (more...)

Related Topic(s): Hezbollah; Israel; Israel And Palestine, Add Tags
Add to My Group(s)
Go To Commenting
The views expressed herein are the sole responsibility of the author and do not necessarily reflect those of this website or its editors.