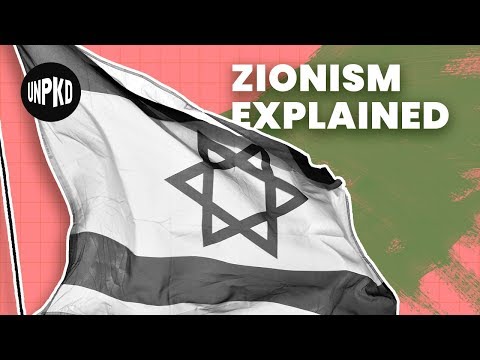 In 2012 the Israeli newspaper Haaretz reported on a poll suggesting that at least one-third of Israelis would consider emigrating abroad if the opportunity presented itself. This was not to be temporary phenomenon. An updated 2018 Newsweek article stated that "Israel celebrates its 70th birthday in May with the opening of the U.S. Embassy in Jerusalem. Yet the country is grappling with an existential crisis. ... Spurred by the high cost of living, low salaries, and political and demographic trends, Israelis are leaving the country in droves." Given the fact that "Israel has one of the highest poverty rates and levels of income inequality in the Western world," you can see why the notion that Israel is "absolutely essential ... to the security of Jews around the world" is up for debate among Jews themselves.

While economics is certainly playing a role in this emigration, it is not the only factor. There is also a question of conscience. Particularly noticeable among those leaving are numbers of intellectuals and academics. And among this group are some of Israel's most ethical citizens. Here we can again turn to Haaretz. On 23 May 2020 the newspaper published a series of interviews with some of the activists and scholars despairing of enlightened change and therefore choosing to leave the country. Here are a few examples:

"Ariella Azoulay, an internationally recognized curator and art theoretician and her partner, philosopher Adi Ophir, who was among the founders of the 21st Year, an anti-occupation organization."

"Anat Biletzki, a former chairwoman of B'Tselem the Israeli Information Center for Human Rights in the Occupied Territories."

"Yonatan Shapira, " who initiated the 2003 letter of the pilots who refused to participate in attacks in the occupied territories."

"Neve Gordon, political scientist, who was director of Physicians for Human Rights and active in the Ta'ayush Arab Jewish Partnership."

And the list goes on for quite a while. According to the article, "the word that recurs time and again when one speaks with these individuals is 'despair.' Percolating despair, continuing for years." That is, despair among those people trying to build a society where Israeli Jews and Palestinians could live in harmony as equals. It has gotten to the point where such a humanitarian stance can result in being "forced out of their jobs because of their political beliefs and activities" and/or the realization that "they could no longer express their views in Israel without fear." Those with children expressed concerns about raising them within the political and social climate that now dominates Israel.

It is to be expected that each of these expatriates has mixed feelings about leaving Israel. After all, they leave not only a suffocating political and social climate, but also their community and a Hebrew language that many find personally enriching. Unfortunately, empowered fanaticism puts at risk all that is culturally and socially positive.

And empowered fanaticism is what you get when nationalism merges with an exclusive tribalism characterized by racism and religious zealotry. Eitan Bronstein, an Israeli activist now living abroad, gives a sense of this when he observes that "There is something quite insane in Israel." To grasp it fully an Israeli must learn to see it from the outside "to look at it from a distance is at least a little saner." Neve Gordon tells us just how much distance is required to fundamentally change things: "What I understood was that the solution cannot be contained in Zionism."

Gordon is correct. The source of Israel's fate, as well as its behavior toward the Palestinians, lies in its founding ideology. Here is an explanatory sequence:

Zionism, the ideology underlying the Jewish state, originated in the 19th century as a response to the persecution of Jews, particularly in eastern Europe and Russia.

Related Topic(s): Despair; Ideology; Israel; Israel And Palestine; Israel Firsters; Israeli Government; Israeli Intransigence; Zionism, Add Tags
Add to My Group(s)
Go To Commenting
The views expressed herein are the sole responsibility of the author and do not necessarily reflect those of this website or its editors.