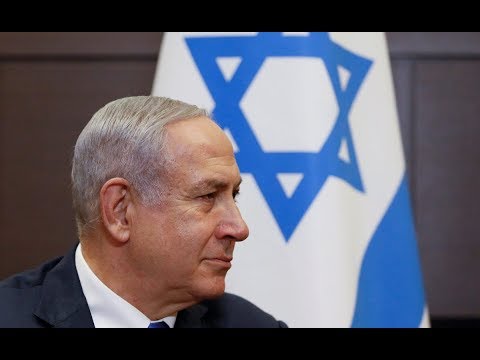 It is said where are two Jews, there are three opinions. And in the state of Israel, there is yet another version: where there are five Jews, there are nine political parties. There are certainly advantages to having different views on every topic, especially when the issues under discussion are seriously consequential and relate to the future national security and well-being of the state. However, when those different views are not guided by a unity of purpose, but rather personal interest, which is placed above that of the nation's, the result could be extraordinary dire to the future of the state. Moreover, when corruption at the top seeps through the lower strata of the political parties, it is like an infectious disease forcing everyone to zealously guard his/her turf and leave the affairs of the state for another day, if that day ever comes.

This is the plight of the political parties in Israel, which are putting the future of the state at risk -- not because they cannot form a government that must address the urgent issues that face the nation, but largely because the leaders of the parties and their surrogates insist on being appointed to posts or positions to satisfy their hunger for power.

Chief among those who are corrupt to the bone is Prime Minister Netanyahu, who bribes, cheats, misleads, lies, fakes, and deceives, and would crawl to the bottom of any sewage pit only to stay in power. The fact that he has been indicted in three cases on charges of bribery, fraud, and breach of trust and will soon face trial after several years of exhaustive investigation, is only befitting a man who has no scruples and is willing to drag the country into the same pit.

One, however, cannot blame Netanyahu alone. It is the Likud party that has enabled him over the years to chip away brick-by-brick at Israel's democracy, undermine the judiciary, discriminate against Israeli Arabs as well as Jews of color, alienate the American Jewish community, and torpedo any prospect of a peaceful solution to the Israeli-Palestinian conflict. To be sure, the Likud party has long since lost its conscience as it continues to support its leader, whose manipulative skills are surpassed only by his deviousness and ever-insatiable thirst to stay as prime minister to his dying day to hell with Israel's future.

And what about the other political parties? Why is it that after three elections, there is still no consensus to form a government? Had the business of the state assumed priority and consensus emerged in developing a cohesive strategy on how to deal with the difficult issues the country must grapple with and set aside personal ambition, a government could have been formed following the first election.

But that was not the case. Not a single party has advanced specific policies to address the rampant poverty that affects nearly two million Israelis (representing 23 percent of the Israeli population), half of whom are children, in a country that has, in relative terms, one of the strongest economies in the world.

Not a single party has a comprehensive plan as to how to fix the broken healthcare system in a country that has some of the most advanced scientific and technological research in medicine worldwide.

Not a single party is paying any attention to the continuing discrimination against some Sephardic Jewish communities and especially against Israeli Arabs, who constitute 20 percent of the population. They are accused of being disloyal and their representatives are shunned away from participating in the political affairs of the state; but then they are expected to support the government's treatment of the Palestinians in the territories as the perpetual enemy to justify their draconian policies.

Not a single party is addressing the growing emigration of disillusioned Israelis who are fed up with government's paralysis and corruption and have lost faith in the country's future. The number of those leaving Israel is greater than the number of immigrants into the country that was supposed to be the promised land for the Jews.

Not a single party is trying to remedy the destructively escalating social and political polarization between the secular and the orthodox, between Arab and Jews, between the haves and have-nots in a country that faces mortal enemies in a region awash with instability, violence, wars, and deadly rivalries for regional hegemony.

And above all, not a single party has come up with a realistic plan to end the seven decades old Israeli-Palestinian conflict that has and continues to consume the Israelis from within, having still no end in sight. Not a single leader of any of the parties can say where Israel will be in 10 or 15 years if there is no solution to the conflict with the Palestinians.

The two leading parties, Likud and Kahol Lavan, talk with various degree of emphasis about annexation of the settlements along the Jordan Valley, about maintaining indefinite Israeli security throughout the West Bank, about means and ways to stifle Palestinian communities while applying different laws governing the Palestinians in the West Bank versus the Jews who populate the settlements. However, one thing is certain: Israel is becoming an apartheid state and Trump's "deal of the century" only reinforces this ugly, self-destructive development.

The sad thing is that no matter how much wishful thinking and how harshly any government treats the Palestinians, the Palestinians will not disappear. They are there to stay and will never give up or give in on their right for statehood, regardless of the massive and unconditional American support Israel may enjoy for now.

Related Topic(s): Benjamin Netanyahu; Democracy; Investigation; Israel And Palestine; Israel Election; Israeli Apartheid; Israeli Pressure On US; Likud, Add Tags
Add to My Group(s)
Go To Commenting
The views expressed herein are the sole responsibility of the author and do not necessarily reflect those of this website or its editors.