By Kevin Zeese and *Margaret Flowers 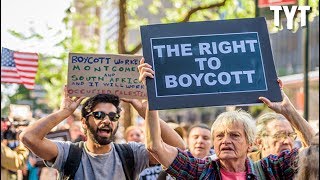 In recent weeks, racism against Palestinian people and the expansion of apartheid-Jim Crow policies have escalated. The Israeli lobby and its supporters attacked freedom of speech in the United States, showing how far they will go to prevent the US public from being aware of their behavior.

If more people in the US become aware of the truth about Israel's genocidal policies, the economic lifeline and political protection of the United States will disappear. Israel could be forced to make significant changes that recognize the human rights and self-determination of Palestinians.

Israel knows that without the support of the United States, it could not continue these crimes against the Palestinian people. The lesson for US activists: keep telling the truth about Israel's brutal occupation of Palestine. 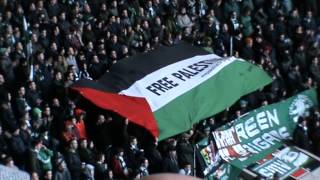 "The Israeli army has enough bullets for every Palestinian."

That is what the Chair of the Defense Committee of the Israeli Parliament, Avi Dichter, threatened last week. He was commenting on the Great March of Return protests that took place along the eastern fence of the Gaza Strip. Saying Israel has enough bullets for every Palestinian is saying Israel could kill every Palestinian, the definition of ethnic cleansing.

Dichter is not a fringe backbencher but a senior member of Israeli Prime Minister Benjamin Netanyahu's ruling Likud Party. This former director of the Shin Bet internal security service and Minister of Internal Security said that the Israeli army is prepared to use all means to stop Palestinians.

And, the Strategic Affairs Minister, Gilad Erdan, repeatedly referred to Palestinians killed in Gaza as "Nazis." Killing Palestinians was acceptable, because "The number [of peaceful Palestinian protesters] killed does not mean anything because they are just Nazis anyhow."

Israeli troops shot and killed 180 Palestinians and nearly 6,000 others were shot and injured during the Great March of Return. A staggering 24,000 Palestinians have been injured by Israel during the protests, aided by large corporations.

A video released last week showed Israeli soldiers shot dead a young disabled Palestinian from as far away as 80 meters. The rights group, B'Tselem uploaded the video that debunks Israeli claims that he was killed during violent clashes. The video shows 22-year-old Mohammed Habali, being fatally shot by Israeli soldiers in early December in the West Bank. It "clearly shows there were no clashes between residents and soldiers in the immediate vicinity of the spot where Habali was shot," the group said.

Last week, a four-year-old Palestinian boy died after being injured by Israeli gunfire at a routine protest near Gaza's border. His father, Yasser Abu Abed, did not usually bring his son to the regular protests but the boy insisted. Within two minutes of arriving, snipers began shooting. They were a few hundred meters away from the fence. Yasser said, "We're simply asking for basic rights...All we ever wanted was to see the blockade on Gaza come to an end." The 11-year blockade has caused immense suffering and violations of human rights.

These are just two recent examples among many. Mondoweiss reports there are many indiscriminate killings including strikes on children playing football, a police officer's family, a World Cup beach party, at least six hospitals including a geriatric hospital, multiple UN-run safe houses for civilians,journalists,survivorslooking for family members,ambulances, among others.

Israel Working to Undermine Free Speech in the United States

Kevin Zeese is co-chair of Come Home America, www.ComeHomeAmerica.US which seeks to end U.S. militarism and empire. He is also co-director of Its Our Economy, www.ItsOurEconomy.US which seeks to democratize the economy and give people greater (more...)
Related Topic(s): AIPAC; Apartheid; Bds Campaign; Israel; Land Grab; Palestinian; Rights, Add Tags
Add to My Group(s)
Go To Commenting
The views expressed herein are the sole responsibility of the author and do not necessarily reflect those of this website or its editors.