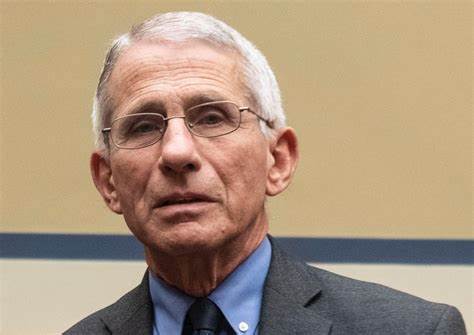 This link I have provided has a different title. But the video included (which also features the first ad I have seen from Mike Espy challenging the racist Cindy Hyde-Smith for the Senate) shows up-to-the-minute the progress that some have made against the coronavirus, but mostly how much the coronavirus has made, despite our efforts.

Notice, in the video, that in almost all the Asian, African, Middle-Eastern, South American and European nations for which graphs are displayed, the graphs, after the initial spike in the spring, and some reduction over the summer months, are logarithmically on the increase.

The A axis of the graphs represents linear time, from the beginning of the outbreak to the present. The B axis is the present, which recedes, day by day, into the future.

Thus, the graphs are, with outliers, hyperbolas, where the rate of increase in cases steadily increases over linear time. In many, many nations, the coronavirus is not under control, and in most cases, referring to Dr. Anthony Fauci's statement, the plateau, the temporary stasis, in the number of cases was never low enough, in most American states and nations, to be declared under control.

In America, the main factor in that, besides the dynamic transmissivity of the virus (and new mutations may be occurring at any time and increase transmissivity. It is also conceivable that as in the novel The Andromeda Strain, the virus could mutate to a harmless or less transmissive form. But don't hold your breath), has been coronavirus fatigue. Americans in various places have just, to one degree or another, gotten tired of adapting to the changes in people's lives necessitated for controlling and defeating the coronavirus: masks, lots of handwashing, social distancing, no gathering in large crowds.

The recent Sturgis Run is a textbook example of how people who are tired of caring about others' safety, or not caring to begin with, contribute to the spread of the virus. Polls, alarmingly, show that tens of millions of Americans do not intend to take a vaccine.

In Sturgis, the city administration did not want the Run this year, but the businesses did, and besides, no one, not the National Guard, could have stopped 250,000 to 400,000 uncaring bikers and bikers' friends from attending what, in their circles, represents a truly historic occasion. The first cases doocumented to have spread from Sturgis were in Nebraska, but other states have experienced clusters now, and due to the nature of the gathering, contact tracing is particularly difficult.

The annual Sturgis Motorcycle Rally in South Dakota drew hundreds of thousands of bikers to the small town earlier this month - despite coronavirus concerns. Now, about three weeks after the rally kicked off, the repercussions are starting to become clear. More than 100 cases of COVID-19 connected to the rally have been reported in at least eight states, the Associated Press reports.

So far (as of August 26), state health departments have reported 103 cases in South Dakota, Minnesota , Wisconsin, Nebraska, Montana, North Dakota, Wyoming and Washington, according to the AP.

The video also displays the cases in 6 northeastern States, in which the total never got as high per capita or per capita tested. The coronavirus is not roaring, just cooking along, in those states now, two of which, surprisingly, are urban States, Connecticut and New Jersey (plus Rhode Island), adjacent to New York, one of the two worst outbreak States.

However, three others are rural States in northern New England, which, although for now apparently the caseload is not threatening to overwhelm the States' medical systems, including the contact tracing apparatus (often forgotten as one of the primary measures necessary to control the coronavirus' spread), would be potentially vulnerable to that problem if another spike were to occur nationally. Still, Maine, New Hampshire and Vermont must be doing something right.

In my own State, Mississippi, the graph looks a little different: like various southern States, the initial spike took place a few months later than the first wave of cases and deaths that hit New York, New Jersey, and Washington, and Mississippi is a good example.

Related Topic(s): Coronavirus Pandemic; Doctor Anthony Fauci; Jair Bolsonaro, Add Tags
Add to My Group(s)
Go To Commenting
The views expressed herein are the sole responsibility of the author and do not necessarily reflect those of this website or its editors.