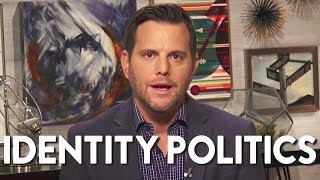 Identity Politics Must Come to an End
(Image by YouTube, Channel: The Rubin Report)   Details   DMCA

According to news reports NBC has cancelled Megyn Kelly's program for making "insensitive comments" while participating in a panel discussion on the appropriateness of blackface in Halloween costumes. Here is what she said: "Truly, you do get in trouble if you are a white person who puts on blackface for Halloween or a black person who put on white-face for Halloween. When I was a kid, that was okay as long as you were dressing up as like a character." She added, "I don't know how that got racist on Halloween."

It is beyond understanding what is offensive about what she said. She stated that it had become a no-no for the black and white races to impersonate one another even in fun and she didn't know why. I don't either. Do you? It makes no sense.

We seem to have reached a point where any statement can be claimed by a member of a "victim group" to be offensive. Saying anything has become risky.

It doesn't just happen to celebrities with multi-million dollar incomes like Megyn Kelly. It happens to everyone. For example, Joshua Sutcliffe, a young math teacher in Oxfordshire, England, accidently included a "transgender student," who apparently is female but identifies as a male, when he congratulated his class with the words "well done girls." The female who identifies as a male but doesn't look like one, unbeknownst to the teacher regarded herself as a male and complained about his "female-gendered words." The school suspended him for "misgendering" a student.

Who gave the tiny group of people, who until recently were almost universally regarded as oddballs outside the domain of everyday life, the right to ruin the careers and lives of people who use the ordinary language that we all grew up with? Who gave these people power over the way the rest of us speak? Why should they have this power? it makes no sense whatsoever. It is evidence of a culture that has lost all respect for truth and all confidence it itself.

Megyn Kelly had no intention to offend anyone and neither did the math teacher. He was giving a compliment. Yet retribution falls on their heads as if they had committed some major felony when they have done nothing whatsoever but speak honestly.

I have written about how science itself is being destroyed by Identity Politics, especially by radical feminist professors who are unwilling to accept the scientific fact that there are biological differences between males and females. You can find the articles on my website.

In the Unz Review Lance Welton in his article, "It's Official: Even Hard Science Entering New Dark Age," reports that radical feminists have come up with terms such as "scientific racism" and "scientific sexism" and use the terms to have peer-reviewed published papers deleted from scientific publications. One can only wonder why editors of scientific publications allow emotional and ignorant feminists to censure science exactly as it was censured by the Catholic Church during the era of controversy whether the sun orbited the earth or the earth orbited the sun. The obvious conclusion is that science has lost confidence in itself and is willing to submit to rule by Identity Politics.

Welton provides several examples of science ruled by emotion. Professor Alessandro Strumia, a physicist associated with the world's largest particle accelerator, has been suspended from his important work. Alessandro said, truthfully, that physics was "built by men" and that today men are being discriminated against in physics education and appointments, because of the push to have an equal number of male and female physicists.

I know for a fact that both of Alessandro's statements are absolutely correct. But being absolutely correct is what dooms you in Identity Politics. The last thing a "victimized person" intent on demonizing a white male cares about is truth.

Welton also reports the case of American mathematician Ted Hill, who investigated the "Genetic Male Variability Hypothesis," which is that males are over-represented at the extremes of high and low IQ. In other words, males are dis-proportionally the smartest and the dumbest.

Feminists lost it. The findings violated their ideology, which has no basis in any known science, that the genders are equally bright and equally dumb.

Scientists working in the field of human genetics are finding that it is not permissible for them to publish their findings that there are genetic race differences in intelligence and other human attributes.

Related Topic(s): Genetics; Insane; Politics; Science; Scientists; Transgender; Western Media, Add Tags
Add to My Group(s)
Go To Commenting
The views expressed herein are the sole responsibility of the author and do not necessarily reflect those of this website or its editors.