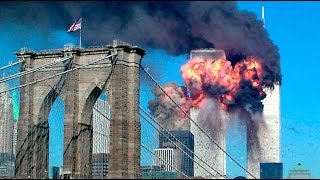 James Jesus Angleton, head of CIA counterintelligence for three decades, long ago explained to me that intelligence services create stories inside stories, each with its carefully constructed trail of evidence, in order to create false trails as diversions. Such painstaking work can serve a variety of purposes. It can be used to embarrass or discredit an innocent person or organization that has an unhelpful position on an important issue and is in the way of an agenda. It can be used as a red herring to draw attention away from a failing explanation of an event by producing an alternative false explanation.

I forget what Angleton called them, but the strategy is to have within a false story other stories that are there but withheld because of "national security" or "politically sensitive issues" or some such. Then if the official story gets into trouble, the backup story can be released in order to deflect attention into a new false story or to support the original story. Angleton said that intelligence services protect their necessary misdeeds by burying the misdeed in competing explanations.

Watching the expert craftsmanship of the "Saudis did 9/11" story, I have been wondering if the Saudi story is what Angleton described as a story within a story.

The official 9/11 story has taken too many hits to remain standing. The collapse of Building 7, which, if memory serves, was not mentioned at all in the 9/11 Commission Report, has been proven to have been a controlled demolition. Building 7 collapsed at free-fall acceleration, which can only be achieved with controlled demolition.

Over 100 firemen, policemen, and building maintenance personnel who were inside the two towers prior to their collapse report hearing and experiencing multiple explosions. According to William Rodriguez, a maintenance employee in the north tower, there were explosions in the sub-basements of the tower prior to the time airplanes are said to have hit the towers.

An international team of scientists found in the dust of the towers both reacted and unreacted residues of explosives and substances capable of instantly producing the extreme temperatures that cut steel.

A large number of pilots, both commercial and military, have questioned the ability of alleged hijackers with substandard flight skills to conduct the maneuvers required by the flight paths.

2,500 architects and engineers have called for an independent investigation of the failure of the towers that were certified to be capable of withstanding a hit by airplanes.

The revelation that the 9/11 attack was financed by the Saudi government has the effect of bolstering the sagging official story while simultaneously satisfying the growing recognition that something is wrong with the official story.

Commentators and media are treating the story of Saudi financing of 9/11 as a major revelation that damns the Bush regime, but the revelation not only leaves in place but also strengthens the official story that Osama bin Laden carried out the attack with precisely the hijackers identified in the original story. The Bush regime is damned merely for protecting its Saudi friends and withholding evidence of Saudi financing.

The evidence of Saudi financing is what restores the credibility of the original story. Nothing changes in the story of the collapse of the three WTC buildings, the attack on the Pentagon, and the crashed airliner in Pennsylvania. American anger is now directed at the Saudis for financing the successful attacks.

To hype the Saudi story is to support the official story. A number of commentators who are usually suspicious of government are practically jumping up and down for joy that now they have something to pin on Bush. They haven't noticed that what they are pinning on him supports the official 9/11 story.

Moreover, they have not explained why the Saudi government would finance an attack on the country that protects it. Saudi Arabia is a long-time partner. They accept pieces of paper for their oil and then use the paper to finance the US Treasury's debt and to purchase US weapons systems, purchases that lead to larger weapons sales, thus spreading R&D costs over larger volume.

What do the Saudis have to gain from embarrassing the US by demonstrating the total failure of US national security? Really, if a few hijackers can outfox the NSA, the CIA, and the national security state, we clearly aren't getting our money's worth and are giving up our civil liberties for nothing.

Related Topic(s): 911 Coverup; 911 Saudi Arabia; Explosion; Intelligence, Add Tags
Add to My Group(s)
Go To Commenting
The views expressed herein are the sole responsibility of the author and do not necessarily reflect those of this website or its editors.