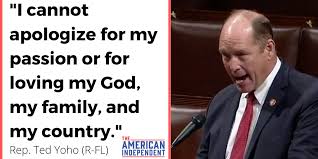 This week, instead my usual homily, I want to share some more general reflections about God and faith. For what it's worth, my desperate point is to rescue from irrelevance the system of meaning that I have valued all my life, but which has been (perhaps irredeemably) discredited in the eyes of the young. As I originally understood them, those beliefs have largely assumed irrelevance for me as well.

My rescue mission's purpose is also to confront the sobering truth that the Catholic fundamentalist version of Christianity in which I was raised as well as its white evangelical counterpart so prominent in our culture today, are not the only or even the dominant interpretations of Christian faith. Both represent ways of thinking about Yeshua and his message that are hopelessly dead to most of us former believers. Basically, it's because the god of such faith is so very small. Our culture has mostly identified all faith with what I call "small god christianity."

However, there are other ways of thinking about Christianity and of appropriating its profound wisdom. At the risk of trivializing it, let me call it BIG GOD FAITH. But really, it's much more than that.

The More is reflected in onomatopoeic terms, like Yahweh and Allah that mimic the sound of the very breath we breathe. It's what St. Paul's describes as the One in whom we live and move and have our being (Acts 17:28). It's the World Spirit, the Universal Life Force, the Ground of All Being, Love Itself, or simply the Ineffable Great Original Mystery. It's the implicate that unites all of us in a single I AM - joined by heartbeat, breath, inner life force and expanding consciousness.

By contrast, here's what I mean by small god christians. No offense is meant by that term. It represents a stage of understanding that all of us must pass through. For years, I myself enthusiastically embraced the set of concepts I'm about to describe.

In fact, we ran into it about a week ago, when proudly Christian Congressman Ted Yoho (R. Fla.) offered what everyone called his "non-apology" for referring to his colleague, Rep. Alexandria Ocasio Cortez (D. NY.) "a f #cking b #tch." Yoho ended up invoking his Christian faith as somehow connected with the passion which made him confront Ms. Ocasio Cortez to her face, directly calling her "disgusting." She had had offended Mr. Yoho by saying that increasing crime rates in New York City are connected with poverty and joblessness brought on by the corona virus pandemic.

In his "apology," the Florida congressman referenced his own experience with poverty. He said he and his wife got themselves off food stamps by sheer hard work. That proves, he said, that anyone can do the same without breaking the law. Mr. Yoho also said, "I cannot apologize for my passion or for loving my God, my family and my country."

Within the context just described, Yoho's self-justification and invocation of God fits him into the "small god christianity" category I'm wrestling with here. Small god christians embrace a faith that displays (among others, of course) the following characteristics. Like Mr. Yoho, believers in a small god tend to be:

Intuitively, I'm convinced, the young and other former believers and those who identify themselves as "spiritual but not religious" find most or all of the characteristics just listed repellant and impossible to endorse. The god reflected there is just too small, narrow, "American," and, frankly speaking, childish.

As I pointed out here in last week's homily, the Christian tradition contains many contradictory understandings of God and morality. That's what trips up many would-be believers as well as those who have abandoned their religious roots. In the Bible, we find a God who is variously understood as nationalistic and favoring Israel alone. He is often nothing more than an unmitigated and bloodthirsty God of war. He is often portrayed in terms that are childishly magical and vengeful.

However, as understood by Jesus, whom Christians believe embodies the ultimate revelation of the Divine Self, we encounter a non-violent Father-Mother revealed as present not in kings and nobles, but in the poor, in the houseless, immigrants, the working class, those born out of wedlock and considered enemies of organized religion and the imperial state. In Yeshua, God's final revelation takes place in the torture chamber and on death row. That's the God who is resurrected, survives, lives on, and introduces a new heaven and a new earth here and now, this side of death (Revelation 21).

Related Topic(s): Bible; Christianity; Consciousness; Evangelical; Exodus; Faith; God; Gods Ambulance Chasers; Jesus; Liberation; (more...) Spiritual; Theology, Add Tags  (less...)
Add to My Group(s)
Go To Commenting
The views expressed herein are the sole responsibility of the author and do not necessarily reflect those of this website or its editors.