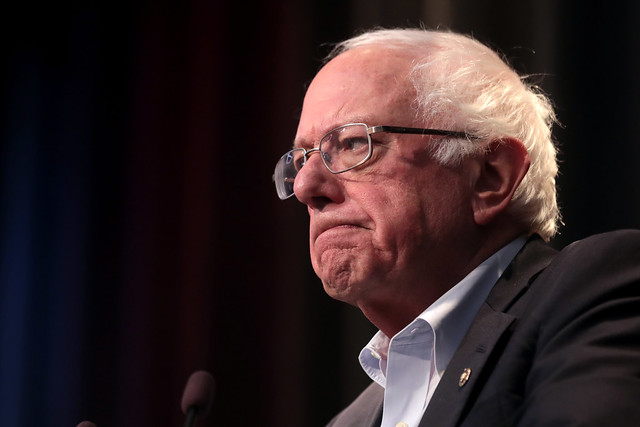 In 1944, the Democratic National Committee (DNC) ensured that socialist Henry Wallace would not succeed Franklin D. Roosevelt (FDR) as president. Is history repeating itself in 2020?

Democratic socialist Bernie Sanders received the most votes in the first three primary elections. After centrist Joe Biden scored his first primary win, the DNC consolidated the Democratic Party establishment around him. Candidates Pete Buttigieg and Amy Klobuchar immediately dropped out of the race and endorsed Biden, as did former candidate Beto O'Rourke. Kamala Harris and Cory Booker, who had already quit the primary race, followed suit and Michael Bloomberg did as well. The party bosses likely wanted to ensure that Sanders would not upend the corporate order.

Wallace, who held many of the same political positions as Sanders, was one of the architects of the New Deal. He served as FDR's agriculture secretary, vice president and commerce secretary. But the ailing FDR's 1944 bid to select Wallace as his vice president for what would be his final presidential term was derailed by the corporate party bosses who made sure that Harry Truman would follow FDR as president instead of Wallace.

When FDR died in 1945, Truman became president. If it had been Wallace, "there might have been no atomic bombings, no nuclear arms race, and no Cold War," Oliver Stone and Peter Kuznick wrote in The Untold History of the United States.

Parallels Between Wallace and Sanders

There are several parallels between Sanders and Wallace, both in their ideologies and in the opposition they engendered from the leadership of the Democratic Party. In a June 2019 speech, Sanders invoked FDR's 1944 economic bill of rights, which proposed many policies similar to Sanders's. When he defines himself as a democratic socialist, Sanders said, he means "Economic rights are human rights." The core of his Medicare for All plan is, "Health care is a human right."

At the March 15 debate with Biden, Sanders asked the rhetorical question: Where is the power in America?

He then answered, "Who owns the media? Who owns the economy? Who owns the legislative process? Why do we give tax breaks to billionaires and not raise the minimum wage? Why do we pump up the oil industry while a half a million people are homeless in America?"

The debate was framed by the coronavirus pandemic, which, Sanders noted, exposes the weakness and dysfunctionality of the health care system. Although we spend twice as much as any other country on health care, Sanders pointed out, we aren't ready with test kits and ventilators.

"While we work to pass a 'Medicare for All,' single-payer system," Sanders said during a speech from his home in Vermont three days before the debate, "the United States government today must make it clear that in the midst of this emergency, everyone in our country, regardless of income or where they live, must be able to get all of the health care they need without costs."

During the debate, Sanders criticized the bipartisan $8.3 billion coronavirus spending bill. It mandates temporary paid sick leave and paid family and medical leave. But it exempts companies with more than 500 employees from the obligation to provide leave, excluding about 6.5 million workers. Moreover, the exemptions disproportionately hurt low-wage workers. And it contains no limits on the ability of the pharmaceutical companies to profit from the coronavirus. "It's clear the fingerprints of the business lobby are all over the exclusions in the bill," said Vicki Shabo, senior fellow at the think tank New America.

Wallace, like Sanders, was a champion of the "common man." And that also incurred the wrath of the party conservatives.

American farmers were reeling economically from the Great Depression when FDR appointed Wallace as secretary of agriculture in 1933. During the eight years he held that office, Wallace instituted many policies that vastly improved conditions for the nation's farmers.

"In time he widened his concern beyond commercial farming to subsistence farming and rural poverty. For the urban poor, he provided food stamps and school lunches. He instituted programs for land-use planning, soil conservation and erosion control. And always he promoted research to combat plant and animal diseases, to locate drought-resistant crops and to develop hybrid seeds in order to increase productivity."

Related Topic(s): Corporate; Debate; FDR; Media; Socialist Democrats, Add Tags
Add to My Group(s)
Go To Commenting
The views expressed herein are the sole responsibility of the author and do not necessarily reflect those of this website or its editors.