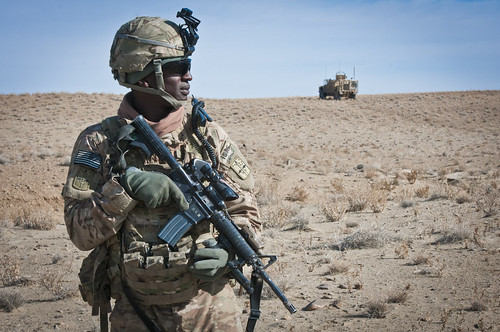 When hijacked planes hit their targets on the morning of September 11, 2001, the American Psychological Association (APA) sprang into action. Within hours, through its disaster response network the APA mobilized expert practitioners and worked with the American Red Cross to provide psychological support to families of the victims and to rescue workers. The APA's public affairs office moved quickly as well to assist the public and especially families, children, and schools by developing and disseminating materials that provided psychological guidance about coping with fear and trauma.

But with comparable urgency, the APA also ensured that the Bush Administration would view the association as a valued partner in the military and intelligence operations central to the new "war on terror." Within days, the APA's science directorate called upon research psychologists to identify how psychological science might contribute to counter-terrorism initiatives. Shortly thereafter, a newly established APA subcommittee on psychology's response to terrorism directed its attention to "offering psychologists' expertise to decision-makers in the military, Central Intelligence Agency, Department of State and related agencies" and to "inventorying members' expertise and asking government psychologists how agencies could put that expertise to use."

These two responses are clearly very different from each other. The first providing expert, research-informed psychological assistance to a grieving and traumatized nation captures the stated mission of the APA quite well: "advancing psychology to benefit society and improve people's lives." The second offering zealous support to the military-intelligence establishment after the White House had promised a "crusade" in which adversaries would face the "full wrath" of the United States and in which our operatives would "spend time in the shadows" working "the dark side" and using "any means at our disposal" certainly does not.

Yet in various forms, this troubling dichotomy has appeared again and again in the years since the 9/11 attacks. On the one hand, at times the APA has taken public stands on key perils and injustices associated with issues such as climate change, poverty, racism, gun violence, consumerism, and immigration. But when the focus shifts to conquering the third of Martin Luther King's "giant triplets of racism, extreme materialism, and militarism," the APA turns silent, or worse. With large segments of the American public so readily and regularly enticed by the bipartisan glorification of war and all things military, the world's largest association of psychologists could play an important moderating and cautionary role. Unfortunately, the APA instead often acts like the "impaired professional" who is unable (or unwilling) to intervene because they too suffer from the same addiction. Here are several examples.

The arena that has received the most attention is the disturbing involvement of psychologists including members of the APA in the government-authorized torture and abuse of "war on terror" detainees. As revelations of this wrongdoing and abandonment of professional ethics emerged and then spread well over a decade ago, for years the APA's primary responses were a combination of stonewalling, denials, and attacks against critics. The APA's ethics office director insisted that psychologists knew not to participate in activities that harmed detainees, and an APA president wrote that those who raised concerns were merely "opportunistic commentators masquerading as scholars."

In 2005, facing growing outrage, the APA created a controversial task force to examine psychological ethics in national security settings (PENS). Stacked with representatives from the military-intelligence establishment, the task force met for three days and, unsurprisingly, asserted that psychologists helped to keep detention and interrogation operations "safe, legal, ethical, and effective" despite multiple accounts that health professionals, including psychologists, were among the perpetrators of detainee mistreatment. The APA board of directors then quickly approved the PENS report in an "emergency" vote, bypassing the association's full governing body.

Finally, in 2015, following a months-long investigation based on analysis of over 50,000 documents and 150 interviews, an independent report authorized by the APA presented extensive evidence of secret collaboration conducted over a period of years between APA leaders and Department of Defense officials. These secret efforts were apparently aimed at ensuring that the APA's ethics policies would not constrain interrogation-related activities, and that psychologists would remain in operational roles at Guanta'namo Bay and other U.S. overseas detention centers. The report led to a few much-needed reforms, but it also produced a backlash from some military psychologists who, along with their supporters, responded with defamation lawsuits, a formal ethics complaint and more threats of the same, and calls for public suppression of the report itself. Responding to an article by this author, the APA's CEO again reached for old falsehoods, portraying the profession's dark-side participation as limited to the actions of "two rogue psychologists" involved in the CIA's torture program.

As the U.S. propaganda-driven and illegal invasion of Iraq was unfolding in 2003, a former APA president offered a polarizing warning: "The civilized world is at war with Jihad Islamic terrorism. It takes a bomb in the office of some academics to make them realize that their most basic values are now threatened." During that same period, the APA's leadership authorized an expert task force to produce a report examining the psychological effects on the American public of government efforts to prevent terrorism. According to the task force chair, members recommended that "psychologists become involved in the development, implementation and evaluations of new programs about terrorism and efforts to prevent it," and that they do so by using "knowledge about enemy images, stereotyping of other groups, and the processes of groupthink to develop guidelines and recommendations to help national, state, and local leaders tailor their public communications about terrorism so that their messages minimize known deleterious effects upon the populace."

The task force also expressed concern about the weaponization of fear by the Bush Administration in its rhetoric about the "war on terror," which emphasized ideas about "us versus them," the importance of loyalty to a central authority, and the belief that our cultural norms are universal truths. One task force member noted that the government's response could prove more dangerous than the terrorists themselves. These conclusions were met with alarm by the APA's senior staff, who privately worried that publicizing the report could significantly damage the APA's public image, and likely cause friction with the White House. The final report was quashed. A few years later, it was elaborated and published as a book. The task force chair was reportedly advised by the APA's legal counsel that there should be no suggestion that the association endorsed the book in any manner.

In 2011, the APA devoted an entire special issue of its flagship journal, the American Psychologist, to a series of uncritical articles waxing enthusiastic about the U.S. Army's new Comprehensive Soldier Fitness (CSF) program. Based on a "positive psychology" framework, CSF was developed under the guidance of psychologists, and all of the journal's 13 articles were written by individuals involved in designing and implementing the resilience program. The avowed goals of CSF were to "enhance soldiers' ability to handle adversity, prevent depression and anxiety, prevent PTSD, and enhance overall well-being and performance." These may be worthy aspirations, but CSF quickly became mandatory for one million soldiers without pilot testing or compelling evidence that it could achieve these objectives. Not surprisingly, subsequent analyses, including those conducted by authoritative scientific institutions, have shown that CSF falls well short of its stated goals.

Roy Eidelson is a psychologist who studies, writes about, and consults on the role of psychological issues in political, organizational, and group conflict settings. He is a past president of Psychologists for Social Responsibility, a member of (more...)

Related Topic(s): American Psychological Association, Add Tags
Add to My Group(s)
Go To Commenting
The views expressed herein are the sole responsibility of the author and do not necessarily reflect those of this website or its editors.

The DCCC's Mind Games and the Ballad of Roy Moore

Four Psychologists at the Gates of Hell

POLITICAL MIND GAMES: How the 1% Manipulate Our Understanding of What's Happening, What's Right, and What's Possible