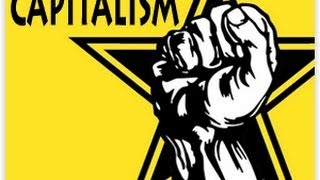 Environmentalist and admirable activist, Robert F. Kennedy Jr., asserts that he is a free-market capitalist.

Explaining this paradox, he takes us deeper into the rabbit hole. True capitalism, Kennedy asserts, would do two things:

Eliminate government subsidies and tax loopholes for giant corporations; and require those corporations to add the cost of pollution clean-ups to the PRICE OF THEIR PRODUCTS.

If a company, for example, is depositing poisons into a river as part of their standard manufacturing process, they must shoulder the cost of cleaning up that river. How? Where will the company find the money? There is only one workable way: by charging more for their products.

The challenge in that reasonable approach: in MANY cases, the cost to the consumer of those products would suddenly be prohibitive; consumers would either be unable to afford them, or would refuse to pay.

The giant corporations would go broke.

MANY products we take for granted would disappear from the marketplace.

And is it sane to allow major corporations to pollute to their hearts' content, over and over, as long as they keep paying for billion-dollar clean-ups? Isn't this a bit like saying, "Well, you can poison the patient without end. We'll simply keep performing heroic surgery to bring him back from the brink."

However, there is another possibility for transforming the economy. If big corporations are priced out of the market because the cost to them of cleaning up the environment is too great, these companies could, in the face of necessity, create cheaper forms of energy that would:

Lower the cost of their products; produce little or no harmful pollution; and break the monopoly of the oil stranglehold.

You say this would never happen? Well, necessity has a strange way of forcing things to happen. Inventions that might never be born, or might never be liberated from mothballs, might suddenly appear in the landscape---because the alternative, going out of business, is too horrible to contemplate.

High IQ researchers, who work for these giant corporations and who never broach the subject of alternative energy, for fear of being fired, would be told: GET BUSY. WORK 24 HOURS A DAY. DELIVER US A CHEAPER WAY TO PRODUCE ENERGY OR YOU'RE FIRED. OUR SURVIVAL, CORPORATE AND PERSONAL, IS ON THE LINE. WE MUST PRODUCE OUR PRODUCTS WITHOUT DESTROYING THE ENVIRONMENT AND WITHOUT POISONING PEOPLE. SHOW US HOW. NOW.

This is the one threat that can force people who have repressed their own creativity to the max to step forward and deliver.

"If you don't come through, your job and your paycheck and your reputation will disappear. No elite college for your kids. No new car next year. No summer house. Your wife will divorce you. If you're lucky, you'll end up pumping gas and wiping windshields in Death Valley..."

Related Topic(s): Capitalism; Consumer; Environment; Poison; Products; Work, Add Tags
Add to My Group(s)
Go To Commenting
The views expressed herein are the sole responsibility of the author and do not necessarily reflect those of this website or its editors.