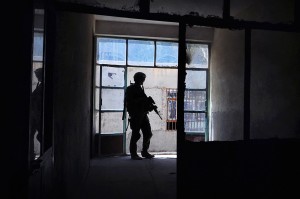 Lately it seems that we have been reading many stories of misconduct among U.S. military officers. The most recent collective infraction concerned cheating on a proficiency test and involved a substantial proportion of the Air Force officers who control nuclear-armed ballistic missiles.

We continue to hear about the alleged bribery of Navy officers who awarded logistical support contracts to the payer of the bribes. Other ethical lapses among officers of all the military services are enough to fill a catalog that the Department of Defense itself compiled.

Senior Marine Corps commanders are alleged to have covered up misconduct by lower-ranking members of their service in Afghanistan. General officers in more than one service are described as being abusive leaders who have created poisonous atmospheres in units they have led. Other generals and colonels are identified with seedy behavior ranging from sexual abuse and alcohol abuse to making lecherous comments about members of Congress.

Before we jump to conclusions about what all this says about any broad patterns of bad conduct or bad character in the officer corps, we should note that a concatenation of such stories in the news does not by itself prove the existence of broad, ingrained problems in a service. Perhaps we are seeing part of random fluctuations in the press' output on this or any other subject, or partly the efforts of some particularly enterprising and energetic journalists who cover the military.

Bearing in mind that there are upwards of 200,000 U.S. military officers on active duty, maybe the bad apples we read about are no more numerous than we should expect to find in other professional populations of comparable size. And maybe most of the problems are best described in terms of individual cases and individual circumstances and do not lend themselves to valid and insightful generalization.

Under the where-there's-smoke-there-might-be-fire principle, however, it is appropriate to ask whether there may be some overall reasons, applicable to this national military at this time in the nation's history, for a surge in bad behavior. The U.S. armed forces are coming off more than a decade of continuous involvement in overseas warfare, with the particular wars in question not having gone especially well, or at least ending for the United States in ways well short of what could be called victory.

Stresses that this recent history places on the military as a whole are shared by the officer corps. One thinks, by way of comparison, of the years immediately after the Vietnam War, another overseas war that did not go well and a time when aberrant conduct in the military such as drug abuse was high.

The American public is treating service members returning from the more recent wars, however, much differently from how it treated Vietnam veterans. Today's uniformed military is routinely applauded at sporting events and otherwise lauded for the service that the other 99 percent of the population is not performing. Maybe herein lies a different sort of explanation for some of the bad conduct.

Maybe being placed on a public pedestal leads some in uniform to feel that they are being given more latitude than others are, and that there is more room for ignoble behavior since it has already been offset by the noble behavior that the public applauds. But that is only a hypothesis, and like any hypothesis it has to deal with the fact that most members of the service, officers as well as enlisted, behave well.

Perhaps relevant is another aspect of the current phase in the history of the U.S. military, which is that it has become more separated from civilian society than perhaps at any earlier time -- as measured in part by the small and shrinking proportion of the civilian population that has performed military service.

One can imagine several deleterious consequences of this, some of which can be reflected in the bad news stories about officers. An abusive leadership style, for example, may have something in common with hazing and other abusive behavior in other exclusive, separate cadres. More generally, there may be less exposure to wider societal norms, or more of a notion that those norms don't apply or don't apply in the same way to the military.

More military sociology needs to be performed about such questions (or if it has already been performed, it needs to be publicized more). Not very helpful is just to take narrow actions in the name of accountability. The Robert Gates approach of finding someone to fire, whether or not the firee was even aware of whatever is the latest problem to become public, does not help.

It makes the person doing the firing look decisive but offers no reason to believe that things will be better under new management. New management in the Air Force does not seem to have made much positive difference in behavior in the part of the service that handles nuclear weapons.

These issues are not ones to be left only to the military, or to the Department of Defense. They involve the military's place in larger society, and so larger society has to be involved in thinking about solutions.

*Paul R. Pillar, in his 28 years at the Central Intelligence Agency, rose to be one of the agency's top analysts. He is now a visiting professor at Georgetown University for security studies.

Consortiumnews.com was founded by Robert Parry in 1995 as the first investigative news magazine on the Internet. The site was meant to be -- and has become -- a home for important, well-reported stories and a challenge to the inept but dominant (more...)
Related Topic(s): Accountability; Military; Military Failure; Military Madness; Military Officers, Add Tags
Add to My Group(s)
Go To Commenting
The views expressed herein are the sole responsibility of the author and do not necessarily reflect those of this website or its editors.