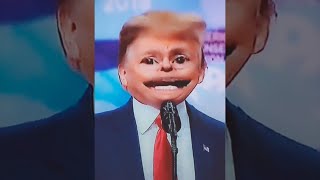 In May 2016, when the thought of him becoming our president was still only a bad dream, I wrote "The Main Problem with Donald Trump: He's a Fool." By "fool" the essay clarified it meant someone "who acts unwisely." Since 2016, Trump has acted the fool more times than any of us can count.

Wisdom scholar Robert Sternberg has written that "people are wise to the extent that they use their intelligence to seek a common good," and that people are often unwise because of four fallacies, which he identifies as:

All four points involve too big an ego. Look at the Trump quotes gathered together in 2016 in my "The Humble Mr. Trump in His Own Words" for examples of how Trump personifies such fallacies. For example, "I'm very smart. My life has proven that I'm smart." And "My whole life is about winning. I always win."

In my 2012 essay "Reflections on Wisdom and Politics," I listed some of the virtues required of political wisdom. They included love, compassion, positiveness, empathy, humility, tolerance, an ability to laugh at oneself, creativity, temperance, self-discipline, passion, courage, a commitment to justice and freedom, and the proper combination of realism and idealism. Finally, political wisdom implies an ability to coordinate and prioritize these values in order to further the common good. It implies the possession of a moral compass.

But as I have argued elsewhere, Trump has no such compass, no wisdom to coordinate positive values, which are almost nonexistent in him. What directs Trump's actions is his narcissism. A narcissism that leaves no room for wisdom or other moral values such as humility or empathy. As conservative columnist David Brooks has written of Trump: "He has no ... capacity to learn. His vast narcissism makes him a closed fortress. He doesn't know what he doesn't know and he's uninterested in finding out."

The sooner he departs the presidency, the sooner we may hope to see at least a glimmer of wisdom emanating from the White House -- although if it's Mike Pence who takes his place we would be utopian to expect any more than a glimmer.

Related Topic(s): Donald Trump Narcissist; Trump; Trump Dangerous; Trump Idiot-in-chief, Add Tags
Add to My Group(s)
Go To Commenting
The views expressed herein are the sole responsibility of the author and do not necessarily reflect those of this website or its editors.