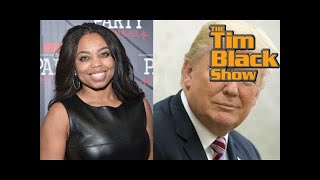 In recent days a foolish controversy has swirled regarding president Donald Trump. At issue is whether or not he can be labeled a white supremacist. There is no need for conjecture on this point. He most certainly is a white supremacist. But asking the question is utterly useless in a country whose very founding was a white supremacist project. Racist structures impact every facet of life in this country. Race determines where we go to school, live, work, or even if one is employed at all.

Recently released data showed that black Americans are the only group in the country whose median income has decreased since 2000. Asians, whites, and Latinos have all experienced some degree of income growth during this period. Income inequality is worse for black people now than it was in 1979 . Even black families who manage to scrape their way into middle class status are more likely to see their children slip back into poverty

But anti-black racism is the sine qua non for all discriminatory practices. It is the most persistent and pernicious of all the biases extant in American life. Black people are at the bottom economically because we face more discrimination than anyone else. The never-ending settler colonial project is dedicated to oppressing black people at every juncture of their lives.

But what was life like for black people before inauguration day in January 2017? Before Trump became president we had the worst outcomes economically, the greatest risk of being incarcerated, or of being treated badly in a multitude of ways on a daily basis.

It is an error to be swept up in useless argument about whether the current president is a white supremacist without also discussing the racist underpinnings of American society. Trump made overt racism acceptable and that does change the precarious nature of black life in the country. But we always live on the edge, hoping to improve our lot as individuals without falling victim to the worst the system can mete out to us.

The self-proclaimed alt-right have upped the ante by triggering faux outrage. The outrage is phony because it never speaks to the ways in which racism makes life easier for white people every moment of their lives. Their most mundane activities are often tinged with race-based privilege.

Inherited wealth gets them money, property and educational opportunities for their children. White people get jobs because their friends and relatives get them in the door. Yet most of them would bristle if they were told that these actions are in fact racist. That is the danger in asking whether or not Trump or any other individual is a white supremacist. The system allows every white person to be a supremacist as they carry out their daily lives.

No one should be allowed to pat themselves on the back because they dislike Donald Trump, march around in a pink p*ssy hat or pull down a Confederate monument. He and his most racist supporters are the lowest hanging fruit. The banality of business-as-usual racism is rarely called into question. And that makes it every bit as dangerous as Trump's presence in the White House or the love he gets from self-identified white supremacists.

We had a white supremacist nation even when the president was black. Barack Obama was indeed the more effective evil. He is now proving it by doing what former presidents always do. He is lining his pockets giving speeches to the banksters who stole what little wealth black people had managed to earn. But he had better manners than the erratic and, yes, bigoted Donald Trump and he went out of his way to make nice even as he worked to enhance the neo-liberal and imperialist projects.

Obama never prosecuted killer cops or thieving bank executives. He destroyed Libya, Africa's most prosperous nation. But white racists still hated him and he benefited from their animus. They gave him the Teflon coating that Trump can only dream about.

Donald Trump has singlehandedly managed to both boost and minimize white supremacy. It is true that David Duke and his ilk are back in the news. But the most entrenched aspects of white supremacy are minimized in favor of shooting fish in the barrel of Klansmen and neo-Nazis.

Trump is the white supremacist leader of a white supremacist nation. Racism existed before he was elected. It will continue when he leaves office because millions of people profit from this system and see no reason for it to change.

Related Topic(s): America Culture Of Violence; American Facism; Discrimination; Inequality; Trump Cruelty; Trump Ego; White Supremacy, Add Tags
Add to My Group(s)
Go To Commenting
The views expressed herein are the sole responsibility of the author and do not necessarily reflect those of this website or its editors.