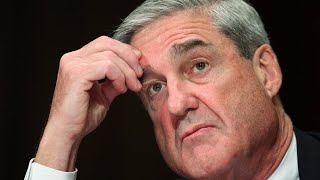 Over the past week, nearly a year after he tried to have Robert Mueller fired, Donald Trump went on a tweeting rampage against the special counsel. Trump's escalating Twitter attacks may be a harbinger of Mueller's impending dismissal -- or the president could be trying to preemptively discredit and delegitimize Mueller's eventual findings against him.

Mueller was appointed special counsel in May 2017. The following month, Trump ordered White House counsel Don McGahn to fire Mueller. McGahn refused and threatened to resign. Trump backed down but has been champing at the bit to end Mueller's investigation, apparently restrained by his lawyers' promises that the probe is coming to an end. In addition, GOP heavyweights like Sen. Lindsey Graham (R-South Carolina) warned that firing Mueller would spell "the beginning of the end of [Trump's] presidency."

But Mueller's investigation shows no signs of abating. He continues to secure grand jury indictments, as well as plea bargains that make those pleading guilty into cooperating witnesses. And now he has subpoenaed financial records of the Trump Organization.

Rosenstein appointed Mueller to investigate "any links and/or coordination between the Russian government and individuals associated with the campaign of President Donald Trump" as well as "any matters that arose or may arise directly from the investigation."

The Justice Department regulation allows for discipline or removal of the special counsel only in the event of "misconduct, dereliction of duty, incapacity, conflict of interest, or for other good cause, including violation of Departmental policies."

Rosenstein recently told USA Today that he sees no justification for terminating Mueller as special counsel, stating, "The special counsel is not an unguided missile."

Trump cannot personally fire Mueller. He could order Rosenstein to do it, and if Rosenstein refuses, Trump could fire Rosenstein or force his resignation. Since Associate Attorney General Rachel Brand is about to retire, the next person in line who could fire Mueller would be Solicitor General Noel Francisco, a right-winger with ties to the conservative Federalist Society. Francisco may be amenable to giving Mueller the axe.

Last week, the special counsel issued subpoenas to the Trump Organization for financial documents, some of which relate to Russia. NBC News reported that the subpoena seeks emails, work papers, text messages, telephone logs "and other documents going back to Nov. 1, 2015, four months after Trump launched his campaign." According to The New York Times, "The order is the first known instance of the special counsel demanding records directly related to President Trump's businesses, bringing the investigation closer to the president."

Last July, Trump told the Times that Mueller would cross a "red line" if he investigated any Trump business unrelated to Russia.

A few days after the subpoenas were served, Trump's lawyers met with Mueller's team "and received more details about how the special counsel is approaching the investigation, including the scope of his interest in the Trump Organization," the Times reported.

"First, it is seeking information as to whether Trump or his campaign worked with Russia to help Trump win the election. Second, it is looking into whether Trump or his advisers engaged in obstruction of justice to end the investigation. And third, it is investigating a possible quid pro quo that Trump and family members, particularly son-in-law Jared Kushner, may have sought in return for political favors, such as lifting sanctions on Russia or altering US policy on the Ukraine."

After the meeting between the special counsel's team and his lawyers, Trump let loose with his tweet storm, calling out Mueller by name for the first time on Twitter since the special counsel was appointed. According to CNN, the meeting "unleashed a new level of Trump's public hostility toward Mueller, even while some of the President's advisers show a willingness to negotiate Trump's testimony."

Related Topic(s): Impeachment; Mueller Investigation; Republican; Trump Crime; Trump Russia Connection, Add Tags
Add to My Group(s)
Go To Commenting
The views expressed herein are the sole responsibility of the author and do not necessarily reflect those of this website or its editors.