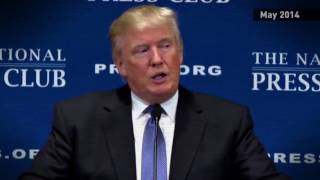 You don't have to be a leftist or a liberal to worry that the demented fascist oligarch Donald Trump might try to negate the United States republic's electoral process and term limits. Consider the following statement from the distinguished conservative scholar and American Enterprise Institute fellow Norm Ornstein last week:

"It seems clear that [Attorney General William Barr] will do or enable anything to keep Trump in office. And Trump will do anything to stay there. Suspension of the election, negation of the results, declaration of martial law are not simply fanciful, alarmist or crazy things to throw out there or to contemplate. Members of Congress, governors and state legislators, leaders in civil society, lawyers, law enforcement figures and the military need to be thinking now about how they might respond." (emphasis added).

Ornstein wrote this on the same day that Trump told another of his many permanent neofascistic campaign rallies that he might remain in office for as long as another 29 years. The previous Sunday, Trump had jested about staying in the White House beyond the end of his term, calling it "not a bad idea." It's been a recurrent Trump "joke" across his presidency, with many previous iterations.

Another longtime Republican who has taken the so-called joke seriously is Trump's former personal lawyer and "fixer" Michael Cohen. In testimony before Congress last February, Cohen likened his former boss to Hitler and suggested Trump may not leave office peacefully. "Given my experience working for Mr. Trump," Cohen told the House Oversight and Reform Committee, "I fear that, if he loses the election in 2020, there will not be a peaceful transition of power."

It's not much of a leap to worry that Trump could view an election result that does not go his way as a reason to try to light up his heavily armed right-wing followers and enlist soldiers and police on the side of a coup -- or that he might move to suspend the election in advance if the polling numbers look too favorable for his opponent. The second option would find support from a good-sized chunk of the American citizenry. In the summer of 2018, a poll conducted by political scientists Ariel Malka and Yphtach Lelkes found that 56% of Republicans support postponing the 2020 presidential election if Trump and congressional Republicans back this move to "make sure that only eligible American citizens can vote."

From the beginning of his presidency, Trump has been setting the nation up to buy the ridiculous notion that an election he lost would be marred by massive voter fraud on the part of "illegal aliens." It started with his early and absurd claim to have been denied a victory in the popular vote over Hillary Clinton due to counterfeit immigrant votes.

As president, Trump has openly flirted with calling for extra-legal political violence by "bikers," soldiers, cops and other "tough guys" among his backers if Democrats should try to remove him from office. He has even suggested that impeachment (likely to take place later in the very day on which I am writing this commentary) could spark "Civil War."

Trump has absurdly claimed that Article 2 of the U.S. Constitution means that he is granted "the power to do whatever I want as president."

He fills his cabinet with groveling yes-men and yes-women, tolerating no criticism or pushback in his administration.

He has decimated the nation's professional diplomatic corps, which he sees as a barrier to his deal-making genius on the global stage.

Trump calls the media, with the exception of de facto Trump television (Fox News) and certain other right-wing outlets, "the enemy of the people." He demonizes and falsely conflates liberals and leftists.

He questions the patriotism of those who disagree with him, identifying criticism of him with anti-Americanism.

He uses his Twitter account to shame and spark mass hatred against a seemingly endless parade of enemies.

Telling his supporters not to pay attention to what they see and hear beyond what he tells them, Trump has bombarded the world with more than 15,000 false and misleading statements since he entered the White House.

Paul Street (www.paulstreet.org and paulstreet99@yahoo.com) is the author of Empire and Inequality: America and the World Since 9/11 (2004), Racial Oppression in the Global Metropolis (2007), Barack Obama and the Future of American Politics (more...)
Related Topic(s): American_History; Democracy; Election; Fascism; Impeachment; Polling; Ukraine, Add Tags
Add to My Group(s)
Go To Commenting
The views expressed herein are the sole responsibility of the author and do not necessarily reflect those of this website or its editors.