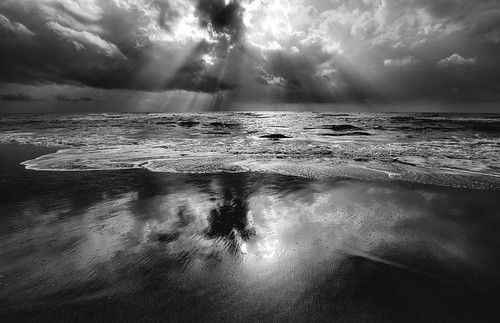 The insouciance of the Western world is extraordinary. It is not only Americans who permit themselves to be brainwashed by CNN, MSNBC, NPR, the New York Times and Washington Post, but also their counterparts in Europe, Canada, Australia, and Japan, who rely on the war propaganda machine that poses as a media. http://www.bbc.com/news/world-us-canada-39573526

The Western "leaders," that is, the puppets on the end of the strings pulled by the powerful private interest groups and the Deep State, are just as insouciant. Trump and his counterparts in the American Empire must be unaware that they are provoking war with Russia and China, or else they are psychopaths.

A new White House Fool has replaced the old fool. The New Fool has sent his Secretary of State to Russia. For what? To deliver an ultimatum? To make more false accusations? To apologize for the lies?

Consider the audacity of Secretary of State Tillerson. He has spent the week prior to his visit to Moscow supporting incredible lies and false allegations that Assad of Syria used chemical weapons with Russia's permission, which justified Washington's unambigious war crime of a military attack on a country with which the US has not declared war. Less than 100 days in office, and Trump is already a war criminal along with the rest of his warmonger government.

The entire world knows this, but no one says it. Instead, Tillerson, who has been heavy with lies and threats has the confidence to go to Moscow to tell the Russians that they have to hand over Assad to the American Uni-Power.

Tillerson's mission demonstrates the complete, total unreality of the world in which Washington lives. Try to imagine Tillerson's arrogance. If you had been bad-mouthing and threatening strong, important people, would you feel comfortable going over to their house to have dinner with them? Does Tillerson think that now that Russia has largely freed Syrtia of US-supported ISIS, Russia is going to turn Syria over to Washington?

Is he going to tell Lavrov that he didn't really mean all those nasty lies he told about Russia, but the zionist neoconservatives made him do it? That he is not really in charge, just a tool of the Anglo-Zionist Empire?

Maybe Tillerson is going to ask for asylum and get on the winning side.

The Russian leaders, who, unlike the Western liars, speak the truth, have said clearly that Russia will never again fight a war on her own territory. The Russians couldn't put it more clearly. Provoke a war, and we will destroy you on your own territory.

When you watch the president and government in Washington, the European governments, especially the idiots in London, the Canadian and Australian governments, you can only marvel at the total stupidity of "Western leadership." They are begging for the end of the world.

And the presstitutes are at work driving toward the end of life. Huge numbers of Western peoples are being prepared for their demise, and they are protected from the realization by their insouciance.

Washington is so arrogant and lost in its own hubris, that Washington does not understand that the years of clear as crystal lies about Russia and Russian intentions and deeds have convinced Russia that Washington is preparing the populations of the United States and Washington's captive peoples in West and East Europe, Canada, Australia, and Japan for a US pre-emptive nuclear strike against Russia. Published US war plans against China have convinced China of the same.

Related Topic(s): Media Mainstream MSM, Add Tags
Add to My Group(s)
Go To Commenting
The views expressed herein are the sole responsibility of the author and do not necessarily reflect those of this website or its editors.