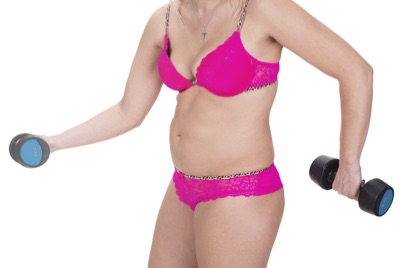 dreamstime
(Image by Dreamstime)   Details   DMCA
In the 1960s, 42 percent of Americans smoked. Ubiquitous cigarette ads, eventually banned in the US, promised that smoking made men more masculine and women sexier and thinner. Plus cigarettes tasted good.

Now, in 2021, only 14 of the US population smokes but 42 percent of the population is obese . Have people just switched rooms on the Titanic? Is obesity the new smoking?

The Young Now Suffer From Obesity

Once upon a time, it was older people who were overweight. The pounds crept on as they aged. Not anymore. Today Millennials are on board to become the heaviest generation in history with a growing and disturbing incidence of obesity-related cancers according to medical journals. Multiple myeloma, colorectal, uterine corpus, gallbladder, kidney, and pancreatic cancer incidence are just some of the cancers now seen in young, obese people.

Almost a third of young people between 17 and 24 are too fat to join the U.S. military; they are categorically disqualified from military service says the CDC. What a testament to growing obesity among the young!

It Is the Doctor's Business

If you went to a doctor with a smoker's cough, and tobacco-related hypertension and rapid heart rate he or she would not ignore your smoking regardless of what brought you into the office. But if you went to a doctor with telltale obesity symptoms like hypertension, diabetes and obesity hypoventilation syndrome, it is now said the doctor is "fat shaming" you if he or she mentioned your weight.

Obese people express outrage in social media postings when doctors have dared to mention their weight when they were in the office for... a sore throat or toe. The nerve! Patients may want to pretend weight and overall health are not connected but there is no such thing as"I am fat but fit" anymore than "I smoke but am fit" is valid.

It is now said that anti-weight stigma and "bias" from doctors leads obese patients' to avoid doctors and eat more. Couldn't the same be said of doctors' anti-tobacco bias effect on smokers who no doubt light up as soon as they leave the office after being admonished. But should a doctor not do his or her job to save a patient's "feelings"?

Related Topic(s): Banned; Cigarettes; Men; Obesity; Population; Smoking Cigarettes; Women, Add Tags
Add to My Group(s)
Go To Commenting
The views expressed herein are the sole responsibility of the author and do not necessarily reflect those of this website or its editors.