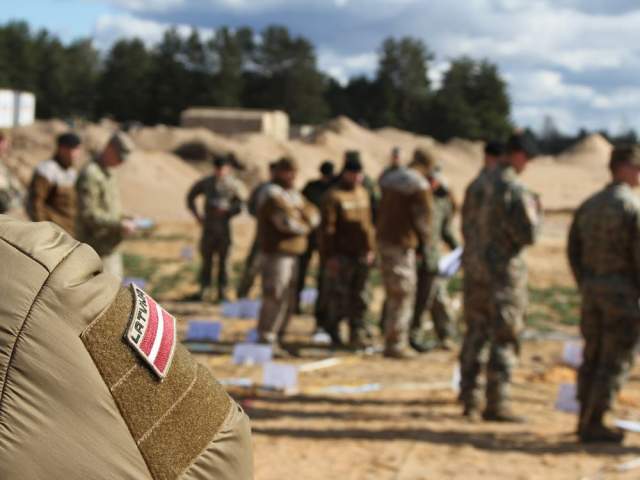 International military exercises "Summer Shield 2019" officially began this week in Latvia. The exercises will take place from May 13 to 25, reported mil.lv.

Around 1,000 NATO soldiers from Albania, the Czech Republic, Canada, Latvia, Lithuania, Poland, Spain, Slovenia, Slovakia, the U.S. and Germany are taking part in the exercises.

The Summer Shield exercises are held to improve cooperation and compatibility of units, procedures for the management of air and ground operations, as well as training units to support combat and ensure combat. This year certification exercises of the unit for protection against the weapons of mass destruction of the German armed forces are included in the exercises.

The exercises will take place both at the Adazi training ground and outside it in the Riga region and the Adazi region.

Since 2014, the military exercises "Summer Shield 2019" are included in the list of national exercises and exercises of NATO and are open for participation to all countries of the Alliance. During the Summer Shield exercises troops acquire skills to support a wide range of combat artillery, mortar gunners, reconnaissance, defence against weapons of mass destruction, capabilities of military engineers, and anti-tank capabilities.

Last year, the Summer Shield exercises were merged with the international military exercises "Saber Strike 2018" and more than 3000 participants participated in them.

The Summer Shield exercises are actually only part of Washington's ambitious plan to create even greater tension in the Baltic states, media notes. So, during this period, the exercise "Swift Response 2019" starts with the participation of U.S. and Latvian troops; recently ended NATO exercises "Furious Hammer", which lasted from April 12 to May 5. Besides, from June 26 to July 9, joint exercises "Jef (M) 19 Amphibex" of the Latvian army and other NATO countries will be held.

At the same time, the potential NATO adversary (the Russian Federation) announced an equally large-scale exercises of the Russia and Belarus "Union Shield 2019" planned at the beginning of September.

It should be noted that according to NATO homepage, annual the Summer Shield exercises are planned for 1-15 June in Latvia and will involve around 2500 troops. A strange discrepancy between the officially announced dates and the actual conduct of the exercises.

The Baltic countries do not need such military exercises. NATO needs the territories of Latvia, Lithuania and Estonia for NATO Enhanced Forward Presence (eFP) battlegroups training.