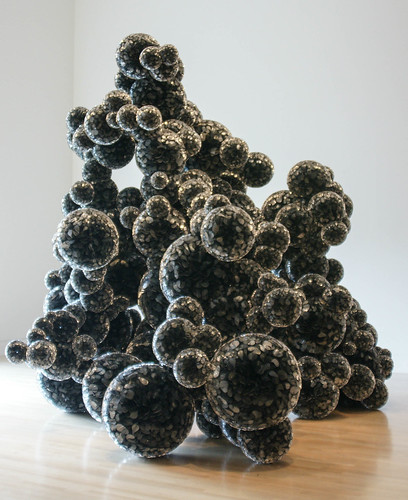 The Washington Post's article opposing such a conclusion admits the following: The lab in Wuhan "was researching coronaviruses transmitted by bats." And "[a]n annual State Department report released last year said China had engaged 'in biological activities with potential dual-use applications.'" And that at least one expert worried about potential outbreaks from that lab. And that other experts had discussed the possibility of Coronavirus being a bioweapon but found no proof.

Francis Boyle's video arguing the case that Coronavirus is a bioweapon points to three articles from scientific journals. The first describes the virus in terms that Boyle, but not the authors, considers a dead giveaway. How is a non-expert to judge?

The second article, one of whose authors is from the Institute in Wuhan and one of whose funders is China, describes work at the University of North Carolina at Chapel Hill, which Boyle views as aggressive work to make a virus more deadly, the authors clearly maintain was defensive, but indisputably was "dual-use" as most such research seems unavoidably to be. Boyle thinks Wuhan acquired this research by funding and participating in it through the good services of UNC which got its deadly cells from Fort Detrick.

The third article has the same connections to Wuhan and China that the second one does, but comes from Australia instead of North Carolina.

Boyle thinks that bioweapons researchers in Australia and North Carolina did work that contributed to the current disaster, regardless of what they may have intended or wanted or wished for. I think there's ample evidence that bioweapons researchers around the world are engaged in a deadly and counterproductive game that develops weapons in the name of trying to defeat them.

Does the evidence show that this virus must have come from a lab and not from bats via other animals with no human role other than habitat destruction and a keystone-cops response to the outbreak? I don't know. I think the evidence is overwhelming in that regard when it comes to Lyme Disease. I think so, too, when it comes to Anthrax. I've not seen such powerful evidence with regard to AIDS and would have to see it before jumping to that conclusion.

Developing biological weapons in order to develop vaccines to counter them is done in exactly the same way, whether it's for defense or offense. In an offensive attack, the vaccines are needed to protect the attacking troops. And the development of these weapons is very difficult and expensive. The most likely source of biological weapons in a terrorist attack is a government lab that developed the stuff for "defense." A possible source for any disease that looks like a bioweapon is the same.

It just might turn out that the United States and China are both right to blame each other, and that the internationalism of academics such a force for good in other contexts creates plenty of blame to go around.

David Swanson is the author of "When the World Outlawed War," "War Is A Lie" and "Daybreak: Undoing the Imperial Presidency and Forming a More Perfect Union." He blogs at http://davidswanson.org and http://warisacrime.org and works for the online (more...)
Related Topic(s): Bioweapons; Outbreak, Add Tags
Add to My Group(s)
Go To Commenting
The views expressed herein are the sole responsibility of the author and do not necessarily reflect those of this website or its editors.