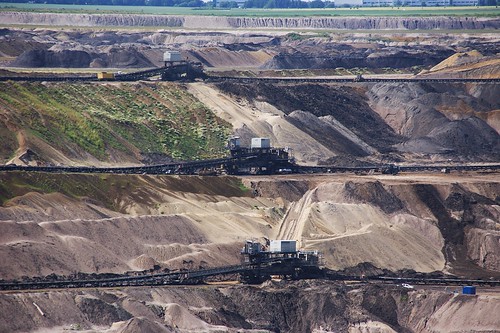 [Noet: The 2019 Canadian federal election is scheduled to take place on or before October 21, 2019. The Munk Debates are a semi-annual series of debates on major policy issues held in Toronto, Canada. They are run by the Aurea Foundation, a charitable foundation set up by Peter Munk, founder of Barrick Gold, and his wife Melanie Munk. Elizabeth Evans May is an American-born Canadian politician. May is leader of the Green Party of Canada and Member of Parliament. An environmentalist, author, activist, and lawyer, May served as the Executive Director of the Sierra Club of Canada from 1989 to 2006. Wikipedia.]

It is great that Elizabeth May wants to debate foreign policy issues, but why would the Green Party leader want to participate in an event designed and controlled by an organization funded by right-wing capitalists who profit from the super exploitation of poor people and countries across the planet?

In recent days Munk Debates has repeatedly run a Facebook ad calling on individuals to pressure other party leaders to agree to their debate. It notes, "thank you Elizabeth May and Andrew Scheer for accepting our invitation to participate in the Munk federal election debate on foreign policy. Help us convince Jagmeet Singh and Justin Trudeau to take part in the debate by visiting our website. Email Jagmeet Singh and Justin Trudeau. More debates = more democracy."

Generally, political debates do reflect vibrant democracy but that is not necessarily the case when the forum was set up and financed by one of Canada's richest and most right-wing capitalists. Through his Aurea Foundation, Peter Munk, the founder of rapacious global mining firm Barrick Gold, established Munk Debates a decade ago. Peter's son Anthony Munk is on the committee overseeing the debate series.

Set up to promote Peter Munk's vision of the world, the Aurea Foundation has doled out millions of dollars to right-wing think tanks such as the Fraser Institute, Canadian Constitution Foundation and Frontier Centre for Public Policy.

Now deceased, Peter Munk espoused far-right political views. In 1997 he publicly praised dictator Augusto Pinochet for "transforming Chile from a wealth-destroying socialist state to a capital-friendly model that is being copied around the world" while two years later the Canadian Jewish News reported on a donation Munk made to an Israeli University and speech in which he "suggested that Israel's survival is dependent on maintaining its technological superiority over the Arabs."

In 2006 he attacked leftist Bolivian president Evo Morales and the next year wrote a letter to the Financial Times comparing Venezuelan president Hugo Chavez to Hitler. In a March 2011 Globe and Mail interview Munk dismissed criticism of Barrick's security force in Papua New Guinea by claiming "gang rape is a cultural habit" in that country and he responded to a 2014 Economist question about whether "Indigenous groups appear to have a lot more say and power in resource development these days" by saying "globally it's a real problem. It's a major, major problem."

In the lead-up to the 2015 election 50,000 individuals and 175 group signed a petition calling for a debate on women's issues. It never happened, but in a sign of how "money talks" in politics, a Munk foreign policy debate did. And the questions asked were in line with the debate sponsor's worldview.

This election tens of thousands have called on CBC to hold a climate change debate, but it has yet to be scheduled. Instead, the Conservatives, who would rather not discuss the environment, and the Greens have agreed to another debate organized by a billionaire's foundation.

There are two ways to look at May's participation in the Munk Debate.

To avoid reinforcing this impression, May could have conditioned her participation in the debate on the Rideau Institute or Project Ploughshares playing a role in determining the questions or co-sponsoring the debate.

While it is good May is willing to debate international issues, the devil is in the details. And if one of those details is committing to the interests of billionaire capitalists, banks and mining companies, instead of ordinary people around the globe, then the Green Party leader is just another establishment politician.