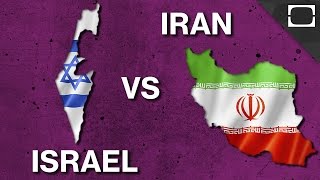 This is the second part in a two-part series. To view part one, click here.

The recent violation of Israel's air space by an Iranian drone and Israel's retaliation against Syrian and Iranian targets prompted many observers to suggest that the growing regional tension resulting from such incidents may precipitate a war between Israel and Iran/Hezbollah, and perhaps inadvertently with Syria as well.

I disagree with this prognosis. I maintain that none of the players involved want to engage in a war that will inflict tremendous destruction and casualties without realizing any sustainable long-term gains. This, however, does not preclude an accidental war resulting from an unintended incident or miscalculation.

Israel views Iran as the number one enemy bent on its destruction and is determined to destroy any Iranian military bases in Syria in close proximity to its borders. Israel will also continue, as it has done in the past, to attack convoys that transport sophisticated arms from Iran to Hezbollah via Syria.

Israel accuses Iran of regularly engaging in subversive activity to undermine its security and instigating the Palestinians to violently oppose the occupation of the West Bank and the blockade over Gaza. Israel believes that Iran is determined to acquire nuclear weapons once the sunset clauses of the Joint Comprehensive Plan of Action (the Iran deal) expire, particularly the first phase, after which Iran will be allowed to gradually resume (with some restrictions) the enrichment of uranium. For this reason, Israel is making supreme efforts to convince the Trump administration, as Prime Minister Netanyahu put it, to "fix it or nix it."

Although Israel is confident that it can win any military confrontation against its surrounding enemies, it has concluded that there will be no long-term benefit by initiating preemptive attacks on Iranian, Syrian, or Hezbollah forces. To destroy Hezbollah's stockpile of nearly 150,000 short- and medium-range rockets, which are largely embedded within the civilian community, Israel will have to conduct, at least in part, carpet bombings which can result in the death of tens of thousands of civilians. Israel will preemptively strike, however, only if faced with an imminent threat.

Israel has no animosity against the Syrian regime as such and would rather see Assad remaining in power as long as he limits Iran's maneuvering room and achieves a clear understanding with Iran that he will not allow Syria to become the battleground between Israel and Iran/Hezbollah.

To prevent any misunderstanding or miscalculation, Israel should make it clear that it wants to stay away from the war in Syria. That said, Israel must strongly iterate to Iran and Hezbollah via Russia that if faced with any threats, it will retaliate with massive force disproportionate to any provocation from either party.

Israel should openly define what constitutes provocative actions, which from the Israeli perspective include violation of its air space, firing rockets, or infiltration of terrorists emanating from Lebanese or Syrian territory. Israel should make it clear that any of these violations constitutes a red line that neither Iran nor any of its surrogates can commit with impunity.

Israel should further make it unequivocally clear to Tehran through Russia that it will destroy any military installations near its borders, and if Iran were to counter-attack, Israel will not hesitate, as Netanyahu recently stated, to bomb specific targets on Iranian soil. In any case, the Israeli public is attuned psychologically to the Iranian menace and expects their government to take whatever actions necessary to inflict unacceptable damage to the enemy.

Russia is the most dominant power broker in Syria, and no solution to Syria's civil war or establishment of any new political order between the various factions can occur without Russia's consent. Russia has had a presence in Syria dating back nearly 50 years, when Moscow established its naval base at Tartus, and has always had the ambition to fill the vacuum created by the Obama administration, which opted to largely stay out of the conflict in Syria.

The Kremlin seized the opportunity to come to the aid of the Assad regime, which was on the verge of collapse, by dispatching ground troops as well as the air force to bomb many of the rebel and ISIS targets, which has significantly turned the tide of the war in his favor. Russia now uses its dominant presence in Syria as a springboard from which it can exert greater influence throughout the Middle East, a position it has been pursuing for the past 10 years.

Even Israel, who traditionally seeks a green light from the US before it undertakes any major military strikes, must now receive Russia's consent before it attacks Iran's and Assad's military installations in Syria. Although Russia and Iran joined hands to defend Assad, Russia wants to limit Iran's influence in Syria -- partly because it wants to remain the main power broker in Syria, and partly because it wants to prevent any violent confrontation between Israel and Iran to avert further destabilization of Syria, which could undermine its strategic interests.

To be sure, Putin wants to secure Russia's special position in Syria and is determined to prevent Iran, Hezbollah, Israel, and even the US from spoiling his gains and influence, and will not allow any of the antagonists to intervene without Russian cooperation.

Related Topic(s): Assad; Iran; Israel; Israel And Us Relations; Syria, Add Tags
Add to My Group(s)
Go To Commenting
The views expressed herein are the sole responsibility of the author and do not necessarily reflect those of this website or its editors.