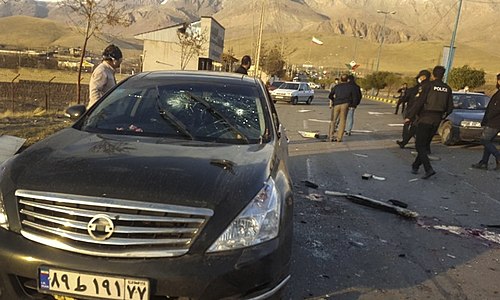 The recent assassination of Iranian nuclear scientist Mohsen Fakhrizadeh - and the total silence regarding any sanctions on those who illegally played judge, jury, invader and executioner - reminds us how very unique Iranians are: Iranians are the people whom Westerners feel they are legitimately allowed to assassinate.

The citizens of which other country get so shamefully and shockingly assassinated by Westerners with such regularity in the 21st century?

We can't compare the assassinations of Iranians with allegations (which did arise amid a once in a half-century Russophobia campaign in the West) that Russia poisoned a convicted double agent inside the United Kingdom. Not only did Western countries issue actual condemnations, unlike with the illegal murder of Fakhrizadeh, but they even expelled over 150 Russian diplomats.

The largest point to make clear is regarding why Iranians get this extraordinary (inhumane) treatment. It's important for journalists to answer the short-term question of, "Why Fakhrizadeh?", but we must also answer the long-term question of "Why Iran?"

There are several answers to "Why Iran?" Firstly, Iranians are an "expendable" people:

For a few centuries Westerners have regarded Iranians (as well as many others) as people who own things of value (natural resources), but who can produce nothing of value. Value is derived from supporting not just Westernism, but a Westernism which is totally unleavened - Westerners might say "contaminated" - with any non-Western ideas. Those who work for systems which do not conform to Western desires - no matter how great the democratic legitimacy of these systems -can be assassinated at will, in Western eyes. This is why the killing of a Qasem Soleimani or Fakhrizadeh does not merit consequences, unlike the assassination of a French general or a Japanese scientist.

Secondly, Iranians are a "ignorable" people:

Related Topic(s): Iran; Israel, Add Tags
Add to My Group(s)
Go To Commenting
The views expressed herein are the sole responsibility of the author and do not necessarily reflect those of this website or its editors.