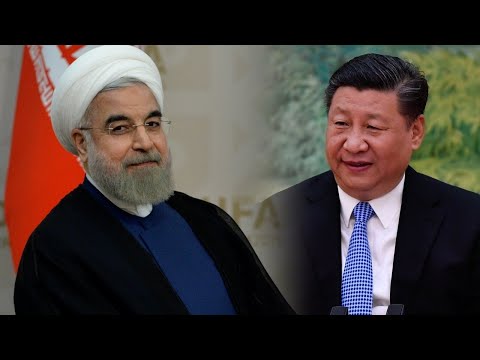 Two of the US's top "strategic threats" are getting closer and closer within the scope of the New Silk Roads -- the leading 21st century project of economic integration across Eurasia. The Deep State will not be amused.

That was complemented by President Rouhani's chief of staff, Mahmoud Vezi, who said that "a destructive line of propaganda has been initiated and directed from outside Iran against the expansion of Iran's relations with neighbors and especially (with) China and Russia."

Vezi added, "this roadmap in which a path is defined for expansion of relations between governments and the private sectors is signed and will continue to be signed between many countries."

To a great extent, both Mousavi and Vezi were referring to a sensationalist report -- which did not add anything that was not already known about the strategic partnership, but predictably dog-whistled a major red alert about the military alliance.

The Iran-China strategic partnership was officially established in 2016, when President Xi visited Tehran. These are the guidelines.

Two articles among the 20 listed in the agreement are particularly relevant.

And item 10 praises Iran's membership of the AIIB: "The Chinese side appreciates Iran's participation as a 'Founding Member' of the Asia Infrastructure Investment Bank. Both sides are willing to strengthen their cooperation in the relevant areas and join their efforts towards the progress and prosperity of Asia."

So what's the deal?

The core of the Iran-China strategic partnership -- no secret whatsoever since at least last year -- revolves around a $400 billion Chinese investment in Iran's energy and infrastructure for the next 25 years. It's all about securing a matter of supreme Chinese national interest: a steady supply of oil and gas, bypassing the dangerous bottleneck of the Strait of Malacca, secured with a median 18% discount, and paid in yuan or in a basket of currencies bypassing the US dollar.

Beijing will also invest roughly $228 billion in Iranian infrastructure -- that's where the AIIB comes in -- over 25 years, but especially up to 2025. That ranges from building factories to badly needed energy industry renovation, all the way to the already in progress construction of the 900 km-long electric rail from Tehran to Mashhad.

Tehran, Qom and Isfahan will also be linked by high-speed rail - and there will be an extension to Tabriz, an important oil, gas and petrochemical node and the starting point of the Tabriz-Ankara gas pipeline.

Related Topic(s): China; China Iran Russia Alliance; China New Silk Roads; Iran; Iran President Hassan Rouhani; Oil; Xinjiang, Add Tags
Add to My Group(s)
Go To Commenting
The views expressed herein are the sole responsibility of the author and do not necessarily reflect those of this website or its editors.