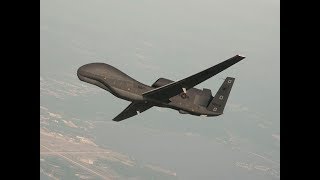 The New York Times is reporting that on June 20, President Trump ordered military strikes against Iran to retaliate for its shootdown of a U.S. drone, but then pulled back and didn't launch them. Officials told the Times that Trump had approved attacks on Iranian radar and missile batteries.

Trump tweeted, "We were cocked & loaded to retaliate last night on three different sights when I asked, how many will die. 150 people, sir, was the answer from a General. 10 minutes before the strike I stopped it, not proportionate to shooting down an unmanned drone."

Nevertheless, shortly after midnight on June 21, Newsweek reported that regional U.S. military assets have been put on 72-hour standby.

On June 19, an Iranian surface-to-air missile shot down an unmanned U.S. surveillance drone. The White House claimed that its drone was at least 20 miles from Iran, in international airspace, while Iran maintains the drone was in Iranian airspace. Iran presented GPS coordinates showing the drone eight miles from Iran's coast, which is inside the area of 12 nautical miles that is considered Iran's territorial waters under the U.N. Convention on the Law of the Sea.

Iran has the legal right to control its own airspace. The United States has no lawful claim of self-defense that would justify a military attack on Iran.

Both the U.S. and Iran are parties to the Chicago Convention on International Civil Aviation, which provides "that every State has complete and exclusive sovereignty over the airspace above its territory."

"Assuming that for once Washington is telling the truth" about how far the U.S. drone was from Iran when it was downed, "it is still undeniable that Iran has the right to demand identification from any aircraft flying this near its territory," H. Bruce Franklin, former Air Force navigator and intelligence officer, wrote on Facebook. U.S. Air Defense Identification Zones extend 200 miles from the U.S. border. "Any unidentified drone" which flew that close to the U.S. "would most likely be shot down," Franklin added.

Iran's ambassador to the United Nations, Majid Takht-Ravanchi, wrote to the Security Council that the drone did not respond to several radio warnings before it was shot down.

A U.S. Attack on Iran Would Not Be Lawful Self-Defense

If the United States attacks Iran, it would act in violation of the United Nations Charter. The Charter only allows the use of military force in self-defense after an armed attack or with Security Council approval.

The International Court of Justice held in the 1986 Nicaragua case that an "armed attack" only includes "the most grave forms of the use of force." No one was injured or killed when Iran shot down the U.S. drone since it was unmanned. Indeed, Trump told reporters it made "a big, big difference" that a U.S. pilot was not threatened.

Iran did not carry out an armed attack against the United States. Under the Carolinecase, there must exist "a necessity of self-defense, instant, overwhelming, leaving no choice of means, and no moment for deliberation." There is no imminent necessity for a U.S. military attack on Iran.

Congress Has Not Authorized a Military Attack on Iran

A U.S. strike on Iran would also violate the War Powers Resolution, which lists three situations in which the president can introduce U.S. Armed Forces into hostilities:

First, after a declaration of war by Congress, which has not occurred since World War II. Second, in "a national emergency created by attack upon the United States, its territories or possessions, or its armed forces." The loss of a U.S. drone does not constitute a "national emergency." Third, when there is "specific statutory authorization," such as an Authorization for the Use of Military Force (AUMF).

Related Topic(s): Drone; Iran; Iran War; Legal Abuse; Right Wingers Endangering America; Warning, Add Tags
Add to My Group(s)
Go To Commenting
The views expressed herein are the sole responsibility of the author and do not necessarily reflect those of this website or its editors.