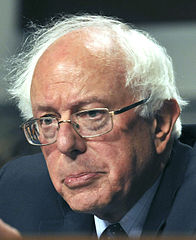 Three questions in the wake of whatever it was that just happened in Iowa:

Let's start with Hillary. As far as I can tell, after 16 years (at least) of running for president, the only message I still hear is that Hillary should be president because she's been around, she wants it and it's her turn. She's been patient through Bill's years in the White House and she's been running ever since they had to vacate (penniless, I believe she initially claimed).

Yes, she took time to serve as senator from New York, but that really was necessary to fill out the resume for a presidential run. Being secretary of state was a bittersweet consolation prize for losing the 2008 Democratic presidential nomination to Barack Obama, who apparently never got the memo that it was Hillary's turn to run. It certainly topped off her resume.

Yet all I hear is that she's really smart, has a lot of experience, knows a lot of stuff and will do a good job of running things. Now, that's clearly more than can be said of pretty much all of the Republican presidential candidates, but she's not running against any of them yet.

What is she going to do as president? What is she going to change about a system with which Americans of all political persuasions are disenchanted, to say the least? Maybe it's me, but all I hear is that she'll do a good job, even a better job, of managing what Obama leaves behind.

A lot of the major media seem to have bought into this message. That was pretty much the essence of the New York Times editorial endorsing Clinton over Bernie Sanders in the Iowa primary. Hillary has the experience to carry on the way we have been carrying on.

Unfortunately for Clinton, the New York Times, and other establishment media that support her candidacy, a lot of Americans don't seem to want to carry on the way we've been carrying on. That's undoubtedly why a lot of young people, not thrilled with the future being crafted for them, have flocked to the Sanders candidacy.

In fact, it seems to be why a lot of people have flocked to a host of Republican candidates who are anything but establishment figures. The fact that virtually all of them aren't qualified to be president is another matter.

For what it's worth, I think Obama has done a pretty good job cleaning up the mess left by Bush/Cheney. He's done this in the face of non-stop resistance from Republicans from his first day in office. There's no reason to believe that Clinton, no favorite of congressional Republicans, will have any easier time of it in that regard. Furthermore, her ties to the banking industry and corporate America (through Bill and the Clinton Foundation), cast serious doubt on any claim she might make that she is different from Republicans. (Her claim the other night that she is not part of the Democratic Establishment is laughable.)

And, as I recall, she couldn't get her healthcare plan through a Democratic Congress in Bill's first term. How does that make her a manager who "gets things done"? It's a claim that much of major media have apparently accepted as fact because she and her supporters keep saying it: Why Hillary? Because she's a manager.

Sanders, by contrast, is an "eccentric" senator with "unruly" hair, as he was characterized in an Associated Press story the morning after the Iowa caucus. This was supposedly a straight news story reporting on the outcome of the caucus. There were no adjectives attached to Clinton's name implying some not-so-subtle judgment. Where were the editors?

Again, maybe it's just me, but when someone writing in Iowa describes Sanders, with a lifetime in public service, as "eccentric," I can't help but wonder if it's code for 74-year-old Jew who still speaks with the accent of his native Brooklyn. New Yorkers are pretty good at cracking codes.

As for that Iowa vote, what a joke. Clinton claimed victory after edging Sanders by less than three-tenths of a point. Democrats don't even vote privately in Iowa. They stand in opposite corners and try to convince others to join them. The biggest group gets the delegates from that district. When there's a tie, they split the delegates -- two for you, two for you. But when there's an odd number of delegate at stake, the odd vote is awarded by flipping a coin. Clinton won six out of six flips -- go figure -- so she got a couple more delegates than Sanders. That is no mashing victory!

Even here, major media (NPR even) felt it necessary to weigh in after the fact to educate us that Clinton didn't win Iowa on coin flips. Rather, they spelled out the entire ridiculously and unnecessarily complicated system by which Iowa Democrats award convention delegates. Seems there's county delegates and state delegates and who-the-heck cares delegates and formulas for calculating percentage of delegates. It's a system set up by the establishment to try to control the votes, so that candidates like Bernie Sanders, from Brooklyn via Vermont, can't win.

Related Topic(s): Bernie Sanders; Delegates; Democratic; Democrats; Election; Establishment; Hillary Clinton; Iowa Caucus; Media; Obama; (more...) President; Vermont, Add Tags  (less...)
Add to My Group(s)
Go To Commenting
The views expressed herein are the sole responsibility of the author and do not necessarily reflect those of this website or its editors.