In this present age of evidence-based medicine, the value of Intuition in medical practice is under-rated. Generally, it is regarded with indifference if not contempt. An experienced doctor will know the importance of an intuitive approach to the patient and the patient's problem. He can differentiate between intuition and a blind guess. Delving into and understanding Intuition is essential to make the best use of it.1

What is Intuition and where does this come from? From the medical stand-point, Intuition can be considered to be the feeling within oneself about the nature of a disease or its management. It is based on one's past knowledge and experience. This knowledge or experience might have been acquired in the recent or remote past and one may not be consciously remembering as to when exactly it was acquired.

The process of acquiring knowledge may vary from being purely logical (based on evidence), to being intuitive and corroborated by the intuitive experience of others. In the present day, most of the medical knowledge in use is apparently of the first type. However, much of the knowledge we presume as being evidence-based can be shown to be intuitively acquired in the first place.

An example is the use of several drugs that are derived from herbs. For centuries, they have been used intuitively (e.g. ginger, turmeric, aloe vera).2 Only recently the active ingredients have been isolated and their chemical structure and mechanism of action understood. Here we see that logic has merely fine-tuned the knowledge acquired by intuition. 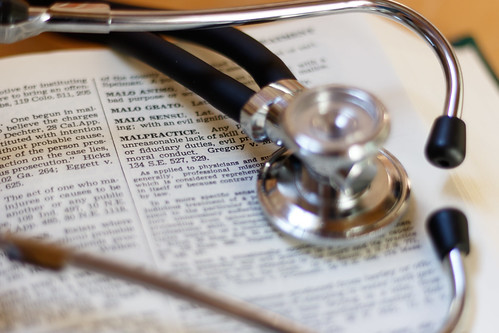 In fact, any new discovery is first 'intuitive' for the discoverer but later is put to test and accepted, based on 'evidence'. Intuition precedes logic. 'Knowledge' is acquired when the understanding is 'meaningful', whether by intuition or logic. The present tendency to glorify logic at the expense of intuition smothers creativity, makes the academic approach mechanical and reduces learning to mere acquisition of recorded information. At the field level, this allows medical practice to be converted into protocols that are convenient for use and can be legally and commercially exploited.

The flawed approach to academic and consequently practical medicine entails setting up of logic-based goals, while dampening intuition and freedom of the creative spirit. Curricular evaluations tend to become stereotyped and reproduction of known information accepted as evidence of learning. Inevitably, doctors are being 'produced' through a conveyor belt process where the students are made to 'learn, reproduce and forget' on their way to become 'qualified doctors'. Even practical and clinical exams tend to become stereotyped. Instead, actual work-based evaluations help encourage creative and intuitive learning.

Predominantly evidence-based medicine makes clinical practice mechanical, distancing the doctor from the patient and contributing largely to physician dis-satisfaction. Intuitively applying whatever knowledge one has acquired allows creativity in clinical approach, makes it patient-friendly, ensures physician satisfaction and is cost-effective. Being open to Intuitive medicine allows the seamless practice of Body medicine (that constitutes only about two-thirds of medicine) alongside Mind-Body and Mind-Body-Spirit medicine (constituting the remaining one-third of medicine).3,4

While logic cannot be sacrificed and there is need for basic fundamentals, medicine needs to be open-ended in theory and practice with a fine balance between logic and intuition allowing creativity at all levels. Excessive emphasis on evidence-based medicine tends to worsen the problems plaguing the field of medicine, while increased emphasis on Intuitive medicine tends to simplify them. The paradigm of Intuitive medicine needs to be strengthened at all levels.

Consciousness as the Basis of Disease and Disaster

Connecting with Spiritual Intelligence in Medicine