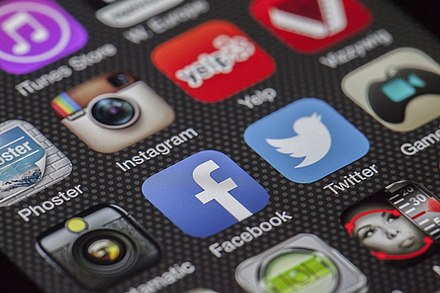 He's right, but in pretty much the opposite of the way he intends. When the mainstream "right" and "left" agree on anything, that's almost always a blazing neon sign warning us that our freedoms are under threat.

Catron (and Trump and Sanders) want the US government to seize control of social media platforms and dictate which users those platforms must accept and what kind of content those platforms must permit publication of. They don't put it quite that baldly, of course, but who would? Their cause is implicit in their criticisms of "Big Tech" as a "monopoly," which requires government regulation to promote competition in the "marketplace of ideas."

The US government, however, IS a monopoly. Everyone's forced to "do business" with it, and in many areas it forcibly forbids or limits competition with its own offerings.

Arguments in favor of government regulation of social media platforms aren't arguments against monopolies. They're arguments in favor of extending the government monopoly's reach into new markets. In this case, markets constitutionally protected by the First Amendment and by that amendment's codification in statute vis a vis the Internet, Section 230 of the Communications Decency Act of 1996.

Censorship is "you can't say that."

"You can't use OUR PLATFORM" to say that isn't censorship.

If you tell me I can't sing my favorite Irish ballad, and that if I do you'll have me arrested (assuming you have the power to do so), that's censorship.

If you tell me I can't sing "Foggy Dew" on your front porch at midnight, that's not censorship. I'm free to sing it on my own front porch, or on the sidewalk, or at karaoke night at the local bar.

By way of arguing the point, some of my friends point out that politicians bully major Internet platforms into "censoring by proxy." The popular example is US Representative Adam Schiff (D-CA) successfully leaning on Amazon Prime Video to remove "anti-vaccine" documentaries.

My friends are right. It's a problem. Politicians attempting to compel platforms to host speech they don't want to host is the flip side of the same problem, not a different problem.

Whatever the solution to that problem may be, repeal of the First Amendment or "reform" of Section 230 aren't part of it.

Ideally, bad actors like Schiff, Trump, and Florida governor Ron DeSantis would be impeached and removed from office, or charged with conspiracy against rights (18 US Code § 241), or both.

Barring that, we should work to ensure that these evil-doers lose in Congress, in the courts, and at the ballot box. We mustn't sacrifice Internet freedom, or freedom of speech and press in general, to politicians and their schemes.

Related Topic(s): Bernie Sanders; Donald Trump; Internet Censorship; Rep Adam Schiff; Social Media Censorship, Add Tags
Add to My Group(s)
Go To Commenting
The views expressed herein are the sole responsibility of the author and do not necessarily reflect those of this website or its editors.