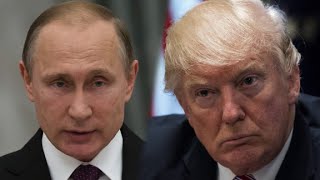 Some leading Democrats in Congress are eager to turn the summit meeting between Donald Trump and Vladimir Putin away from avenues for improvements in U.S.-Russian relations, even if that means deflecting it toward World War III.

On Wednesday, the New York Times reported that "the White House announced that the meeting with Mr. Putin would be a formal bilateral discussion, rather than a quick pull-aside at the economic summit meeting that some had expected." Meanwhile, Senate Democratic leader Chuck Schumer criticized the lack of a "specific agenda" for the Trump-Putin discussion and tweeted "the first few things that come to my mind" -- with 10 items denouncing Russia and not a single step to help avert a nuclear war between that country and the United States.

What a contrast with another Democrat, former Senator Sam Nunn, who signed a June 27 open letter that urged Putin and Trump to focus on "urgently pursuing practical steps now that can stop the downward spiral in relations and reduce real dangers." The letter emphasized "reducing nuclear and other military risks."

But these days, apparently, the Democratic leadership in Congress has much bigger fish to fry than merely trying to avert a global nuclear holocaust.

The Democratic Party leaders on Capitol Hill can't be bothered with squandering much political capital or sound-bite airtime on the matters highlighted by the open letter, which Nunn -- a former chairman of the Senate Armed Services Committee -- signed along with former top British, German and Russian diplomats.

The open letter offered four crucial proposals for the meeting between Trump and Putin:

* "The starting point could be a new Presidential Joint Declaration by the United States and the Russian Federation declaring that a nuclear war cannot be won and must never be fought. This would make clear again that leaders recognize their responsibility to work together to prevent nuclear catastrophe, and would be positively received by global leaders and publics."

* "A second step could be to increase military-to-military communication through a new NATO-Russia Military Crisis Management Group. Restarting bilateral military-to-military dialogue between the United States and Russia, essential throughout the Cold War, should be an immediate and urgent priority. The focus of these initiatives should be on reducing risks of a catastrophic mistake or accident by restoring communication and increasing transparency and trust."

* "A third step could be to collaborate to prevent ISIS and other terrorist groups from acquiring nuclear and radiological materials through a joint initiative to prevent WMD terrorism. There is an urgent need to cooperate on securing vulnerable radioactive materials that could be used to produce a 'dirty bomb.' Such materials are widely available in more than 150 countries and are often found in facilities, such as hospitals and universities, that are poorly secured."

* "Fourth, discussions are imperative for reaching at least informal understandings on cyber dangers related to interference in strategic warning systems and nuclear command and control. This should be urgently addressed to prevent war by mistake. That there are no clear 'rules of the road' in the strategic nuclear cyber world is alarming."

But top Democratic Party leaders hardly give high priority to such concerns. On the contrary: For many months now, their preoccupation has been to double, triple and quadruple down on an insidious -- and extremely dangerous -- political investment. Party leaders have positioned themselves to portray just about any concession from Trump in bilateral talks as a corrupt payoff.

The House minority leader, Nancy Pelosi, was ringing a familiar bell when she proclaimed on CNN in mid-May: "Every day I ask the question, 'What do the Russians have on Donald Trump financially, politically or personally that he's always catering to them?'"

"Given their vehement political investment in demonizing Russia's President Putin," I wrote in late April, "Democratic leaders are oriented to seeing the potential of de'tente with Russia as counterproductive in terms of their electoral strategy for 2018 and 2020. It's a calculus that boosts the risks of nuclear annihilation, given the very real dangers of escalating tensions between Washington and Moscow."

Days ago, looking ahead to the scheduled discussion between the two presidents at the G-20 summit in Germany, the home page of the Washington Post carried this headline: "Months of Russia controversy leaves Trump 'boxed in' before Putin meeting." The tagline noted that "whatever course Trump takes will likely be called into question."

Related Topic(s): Democrats DNC; G-20; Meeting; Putin; Trump And Putin, Add Tags
Add to My Group(s)
Go To Commenting
The views expressed herein are the sole responsibility of the author and do not necessarily reflect those of this website or its editors.