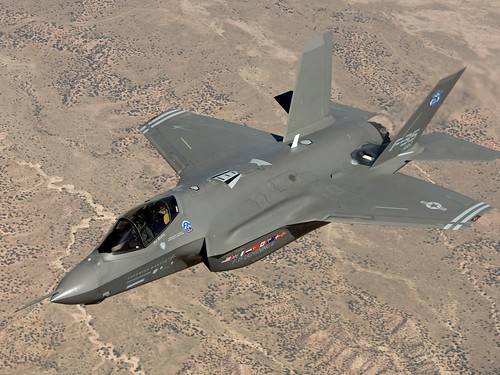 Let's do away right away with the euphemisms "defense industry" and "Department of Defense," and call them pejoratively but correctly what they really are, the "war industry" (and related spy business) and the "Department of War." The latter, in case you didn't know, had that official name until 1949. Can you just imagine some PR consultant having been hired who asked the Grand Poohbahs "do you think the fast food industry would ever sell dead cow burgers?"

Going inside the war industry to take a look at it, the intent of this article, must be like trying to find all the stars and black holes in the universe. Try as I might, I could not pin down just how many there are of merchants of death (i.e., weapons and ammunitions makers), makers of various and sundry war and spy supplies, and the multitudinous contractors with their hired hands on foreign soil doing all sorts of clandestine and open dirty work, all of which are done in our name and out of our pockets.

But simply knowing the war "galaxy" is too big to count is telling us enough. Moreover, the government can't even count it, or itself, for that matter. While it is infamous for its sloppy, lackadaisical bookkeeping, I seriously doubt that even five-star accounting firms not on the take could keep the books with any degree of certainty. Let's just sum it up by saying that the US has the largest military budget and force than most nations have even if strung together.

The adage, "if the only tool available is a hammer, then every problem looks like a nail" can be revised I think to describe the war industry and its patron, the government; vis a vis, 'if any nation can be turned into an enemy then the only tool available is the war industry." It may be a stretch, but it makes sense to me because I have always contended that the US from its inception has created foreign enemies to justify its exploitative, external regime changing through wars declared and undeclared. 1

So, it was at the start. The American Revolution need never have occurred. There were viable alternatives. 2 But the new plutocrats from war addicted England would have none of it. And they gave the assignment to George, the other George, not the rich, royal one the new upstarts were dead set on unseating.

Poor George had to rely on a ragtag army and ragtag sources of supplies, the most critical of which was the musket. Some muskets were supplied by local gunsmiths, some by European manufacturers, and some from dead British soldiers. Contrast poor George's arsenal with that of his 45 th successor!

Looking inside the war industry is not a pursuit of idle curiosity. There can be nothing idle about the work of serious peace and social justice activists. There is no leeway for any ignorance about the enemy of peace and justice. The enemy must be thoroughly known from inside out, what it is, how it operates, and, most importantly, exactly what its lifeline is that gives it sustenance and unbridled growth. At the end of this article we shall see how knowing more about the industry's largest war corporation yields some insight into how that corporation could benefit the world by changing what it does for a living.

I may be (more...)
Related Topic(s): Congress; Corporations; Drone; Lockheed; Military; Money; Money; Peace; Peace; Pentagon; (more...) Pentagon; Security; Taxpayers; Weapons, Add Tags  (less...)
Add to My Group(s)
Go To Commenting
The views expressed herein are the sole responsibility of the author and do not necessarily reflect those of this website or its editors.