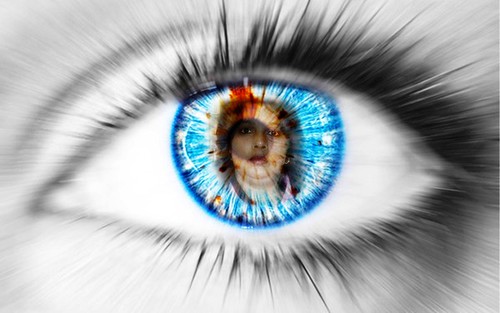 The following are some timely news reports previously published on Inside Syria Media Cent website: https://en.insidesyriamc.com/

Yesterday, a monitoring group Raqqa is Being Slaughtered Silently published another footage of the aftermath of the U.S.-led coalition's strikes on the city. Videos and photos show damaged buildings, bomb craters and fires.

In particular, shocking are the photos of children and adults injured because of the coalition: someone's face is burnt, another man is bleeding while the other guy seems to be shocked and can't move.

Meanwhile, conventional weapons don't quite satisfy Washington. In the previous week, ISIS-linked channel Amaq published a video showing white phosphorus shells hitting Raqqa. Using these munitions in populated areas is prohibited by the international law.
White phosphorus causes terrifying effects: contacting a human skin, it burns it to the bone, and if a person inhales the gas released during the burning, he would start choking and literally burn from the inside. It also ignites high temperature fires that are difficult to extinguish.

Notably, in an article concerning the accusations of the U.S. illegal methods of war, the New York Times refers to an official who on the condition of anonymousness told the newspaper that the coalition indeed has access to white phosphorus munitions, which, however, are not used against personnel. But as we see, their role is to fight civilians.
Besides, the spokesman for the U.S.-led task force Col. Ryan Dillon commented on the situation. According to him, white phosphorus is used for "screening, obscuring and marking in a way that fully considers the possible incidental effects on civilians and civilian structures".

Tens of thousands of residents who still stay in Raqqa don't seem to be considered civilians by the Pentagon. According to Unicef, 40,000 children are still trapped in the city, and their lives are in constant danger because of the coalition's bombings and shellings.

Moreover, in the same NYT article, the Syrian government is accused of using white phosphorus against the militants during the battle for Aleppo. Isn't it an example of the western hypocrisy?

Obviously, this is just the beginning of Raqqa's destruction. During the operation on pushing ISIS out of Mosul, almost one thousand civilians were killed. The West proved how indifferent Washington is to deaths among the civilian population. And HRW's call to think first of Raqqa residents, who have been suffering from ISIS for 3 years, will remain unheard.

On Sunday, the Korean Central News Agency stated that the US actions in Syria were "terrorism under the auspices of the state" and violate the territorial integrity of the country.

It was also stressed that regular strikes carried out by the US-led coalition caused great damage to Syria. Such air strikes led to civilian casualties, destroyed infrastructure, and hundreds of thousands of people who become refugees.

According to the agency, Washington's actions were "a key element of international terrorism", and destroy stability in the world.

Qatar as Another Hotbed of Tension Between U.S. and Turkey

Dear friends! We welcome you on the website of Inside Syria Media Center.

We are going to distinguish between the truth and blatant lies about the situation in Syria. Our site is open for everyone.

Discuss the latest news about the (more...)

Related Topic(s): Media; Media Independent; Media International; Media-24; Syria; Syria Massacre; Syria Rebels; Syria Revolution; Syrian Arab Army; Syrian Refugees, Add Tags
Add to My Group(s)
Go To Commenting
The views expressed herein are the sole responsibility of the author and do not necessarily reflect those of this website or its editors.

Ways to Restore the Syrian Economy

News About Syria You May Not Have Seen, June 2017