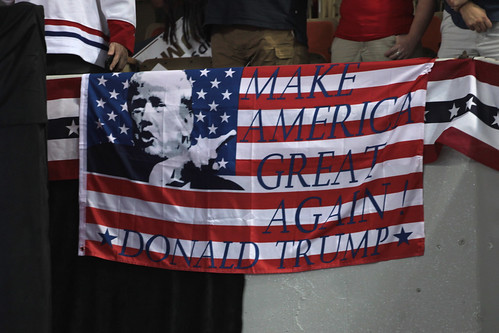 Oh, what a Happy New Year event has been delivered to the beloved county by der Fuhrer.

What a disaster, what a horror, what a disgrace. My reactions yesterday mirrored those I felt the day of the Kennedy assassination and, fast forward, of 9/11.

Each event I remember clearly. The end of the world as I knew it hung in a balance each time.

Oh, yes, the Cuba Missle Crisis. For the first time, Daddy didn't say everything will be all right. He said we might all be killed by the Russians, a fear that hung heavy in the air of the 1950s and 1960s.

LBJ quickly took over after JFK collapsed in blood as the country folded over in horror and grief.

And the powers that be quickly reassured us on 9/11--Guiliani and then Bush II, who was less heroic than the then-mayor who subsequently betrayed us just yesterday.

And we soon flew over to catch bin Laden in Afghanistan and give them hell, and Iraq as an embellishment: blood for oil.

They're blaming DC police for not sufficiently anticipating yesterday's horrors, even though Trump predicted a "hot time" more than once for Epiphany. Oh, how the Magi would cringe at this hideous distortion of their day.

Police were so gentle and hospitable initially, in contrast to their behavior during Black Lives Matter protests.

And Trump is being blamed, of course. And they're parsing the affiliations of the actual agents of the attempted coup.

The most vivid image of yesterday for me was the man attempting to climb up the dome of the Capitol to replace the American flag with a hideous black one with the name Trump on it.

He reached the base of the dome and hung off of it.

I can't find that photo online. A favorite one instead is of another man carrying a Confederate flag.

Related Topic(s): 1960s; Blood; Bush; Coup; Crisis; Disaster; Disgrace; Epiphany; Heroes; History; (more...) Horror; Police; Power; Protest, Add Tags  (less...)
Add to My Group(s)
Go To Commenting
The views expressed herein are the sole responsibility of the author and do not necessarily reflect those of this website or its editors.

STAY IN THE KNOW
If you've enjoyed this, sign up for our daily or weekly newsletter to get lots of great progressive content.
Series: "rallies and demonstrations, mostly in DC"

Other Series: View All 11 Articles in "Ruminations"

Other Series: View All 83 Articles in "The Capitol Beat"